A Christmas Carol in Amsterdam part 1

It’s Christmas time again, oh what joy! It’s wonderful to be in Amsterdam during the holiday season, in fact this will be my tenth Christmas in the land of denim addiction and brown shoes. With that in mind I’ve decided to do a little Christmas themed short story. This is based on one of my favorite novels of Charles Dickens A Christmas Carol.

Now this story might upset some, and if as a result I’m captured by a bunch of angry Dutch nationalists, and am forced to watch the ghastly Linda Botox De Mol, presenting Ik Hou Van Holland, I’ll say to my detractors, “no wonder, Linda De Mol was blackmailed, I’d pay her money never to present anything on television again!”

The things I do for my readers! (at Christmas)

Dead as a parrot

Marley was dead, as dead as the Blackberry. He was as dead as the singing career of the winner of the last series of the Voice of Holland, or better said as dead as Dutch tolerance which to all intents and purposes died in 2014 during the Zwarte Piet debate. Koen’s business partner in the business they’d built up, died a wealthy but unloved man. Choking to death on a oliebol while arguing with the seller over whether or not he’d been given the correct change. It was an ironic death for a man whose estate by then was worth several million euros.

The Funeral was a lonely affair, with only Koen in attendance, as during his life Marley had managed to alienate friends, family, and employees, the latter who made all manner of excuses as not to attend his funeral. When a Dutch woman over 35 says that she can’t attend a funeral as she’s planning to go to a hairdresser, then it’s obviously a lie.  Have you seen some of the hairstyles commonly worn here? Fruit bowl Sassoon.  The other unlikely excuses not to attend Marley’s funeral were:

Seven years later, it was five pm on Christmas Eve, and Koen was sat in his office at Koen & Marley, on the Piet Heinkade in Amsterdam.  They’d started with a simple idea. Like the majority of Dutch people, they despised having to pay too much money while out shopping, so they created a piece of software that would automatically search all .nl websites for any mention of the word ‘gratis’. Their website then displayed all of the latest offers, sorted by cities in the Netherlands. This site www.vrek.nl was the start of their business success, with their systems barely able to cope with the constant demand of bargain seeking Dutch customers. Ironically their busiest time of year was the Christmas season, it was ironic as Koen despised Christmas.

Following the lead of many corporations in the Netherlands, they only employed people on one year contracts. Under Dutch law these can only be renewed twice, after which the employees must be taken on indefinitely or let go. In over ten years of trading, they’d never offered a single employee a permanent contract. They paid below average salaries, and employed many, many interns, who worked for practically nothing. Koen was a squeezing, wrenching, grasping, scraping, clutching, covetous old sinner!

He was literally rubbing his hands with glee at the continued large profits when he was interrupted by Mariska, one of his employees. She entered his office and was so nervous and twitchy that she reminded him of a mouse he’d seen recently in his apartment. A man of his considerable wealth could have afforded to have pest controllers deal with his mouse problem, but the money they charged! Why should he make them rich?

Mariska, a brunette in her mid thirties, who always looked as if she’d spent the night sleeping on the pavement, which considering the salary he paid her was probably close to the truth, nervously cleared her throat and said “Koen, as it’s Christmas Eve, we were wondering if you’d be kind enough to let us leave early?” He didn’t respond. With her voice rising a little, while shuffling from side to side she said, “well you know, we work hard all year round for you, with lots of unpaid overtime, and it is Christmas..”

Looking at his watch in disbelief, he let out a loud sigh and said”We? Who is we? You were wondering if we could leave early because it’s Christmas were you? Well of course, leave now if you like.” Not quite believing what she’d just heard, Mariska thought she’d check again. “So we can leave now? Thank you so much.” As she said this, she smiled at him with dazzling teeth, whiter than the students of the University of Amsterdam. Only her dentist could have seen the odd brown or black mark, but just like the UVA her teeth were overwhelmingly white.

Koen, stood up from behind his desk, and walked over to a coat hanger in the corner of his office. He reached into his coat pocket and took out some keys. “Come with me,” he said to her, and she followed him out of the office into an open plan area where fifty people slaved away, for a minimum wage, often well into the night.

The Joys of Interest

Koen stood in the middle of the overcrowded office and asked for the attention of the employees. “Listen up everyone, it’s come to the attention of the Koen that you’d like to leave early due to it being Christmas Eve. By all means please do so. While you’re at it, please help yourself to these.” He then threw the keys he held in his hands on the floor. “As you’re intent on stealing my money, you may as well do it properly, on the floor are the keys to my car, my house, and my boat. Go ahead, help yourselves, after all it is Christmas.

The employees present all did their best to look anywhere but at the keys. With no takers for the keys coming forward, Koen collected these and then addressed his employees. “Christmas is just an excuse to rob hardworking men and women of their money, if I were to let you leave early, what kind of precedent would that set? What would you do with the extra time anyway? Go and buy Christmas presents? Not on the money I pay you. Work hard and save your money. That’s the key to happiness, Christmas comes but once a year, whereas interest on savings accumulates every day of the year. Now I suggest that you all get back to work.”

The Season of Acrimony

Lately in Amsterdam it appeared to Koen that the streets were full of hyped up people with bulging eyes, talking rapidly, and full of energy. There was a time when Koen would have assumed that drug use was in play. 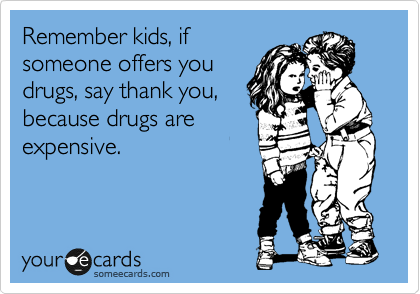 Within a five minute walk along the Ceintuurbaan, he passed no less than five coffee places, he realised that the incredible growth of places selling coffee was actually the reason for so many strung out people. Coffee to Go, Bilder and De Klerk, C&T (which should be renamed Coffee and Antelopes) there were coffee bars everywhere. Why are people so keen to waste their money on coffee in cafes? Koen, hated such places. In fact there wasn’t much that Koen didn’t hate. Coffee bars, coffee shops, restaurants, bars, eetcafes, and above all else at this time of year, supermarkets.

In the Pijp area of Amsterdam where he lived, he was known as being possibly the meanest man in Amsterdam. When he walked by children would cling to their mothers, Dutch men would hold the hands of their fearsome warrior women. Koen had no time for anyone, money was his only love, and it consumed him.

While at his local Albert Schwein, he was accosted by a woman rattling a tin, she claimed to be collecting money for some Christmas charity or another. Irritated that she’d had the nerve to ask him to contribute, with a tone of withering contempt he asked her, “have you ever heard of the saying ‘charity begins at home?’ How do I know that as soon as you leave here you’re not going to put that money straight into your pocket?”

How dare you speak to me like that? Where’s your Christmas spirit” Replied the shocked woman.

“Christmas spirit? You’ve probably not been to a church since the day you convinced some poor fool to marry you.  In fact I’ll add that you look in need of charity yourself. May I suggest that you have a bath, and not dress as if you’re about to sweep the streets, then you might have more luck in convincing fools to hand over money to you.” The Charity collector appeared to be silently counting to ten, after a small pause she said, “Sir, I wish you a very merry Christmas.”

Koen was relieved to be home in his minimalist and barely furnished apartment. His cleaning lady, a woman from Nigeria, who had cleaned for him for years but whose name he could never remember, was still there when he arrived home. She had already collected the forty euros that he paid her for cleaning a 140 square meter apartment, but then, in spite of knowing him for so long looked at him with pleading eyes. “Koen, is there any chance of a Christmas bonus? You know that my son Tim isn’t doing well health wise, and any extra money, no matter how small will help.” Koen was unmoved by this and explained to her that times were very hard in the business world, and he needed to save every last cent. “I’m sorry, but I have the livelihoods of fifty employees to think of, I just can’t help you at the moment, help yourself to some of those if you like.” He gestured at a bowl of oranges that sat on a table. “Yes, go ahead, take one.” Shaking her head in disbelief, she declined his offer and left the apartment wishing him all the best.

That evening Koen feasted on some Stamppot that he’d bought from Albert Schwein, and sat drinking some port. His apartment was freezing cold as he never allowed the heating to be set above 17 degrees. He sat wrapped in a blanket, and in order to avoid any mention of Christmas, watched a series of DVD’s about the second world war. He fell into a deep sleep and was awoken by a loud banging on his front door. It was almost midnight “who could that be at this time of the night?” Upon opening the door he was shocked to see, Marley, his former, very dead, business partner.

Fijne Feestdagen one and all.