learn Dutch with the shallow man 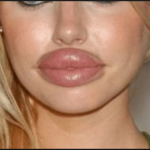 How to Survive Dutch Service, Seven Essential Tips The Netherlands, and Amsterdam in particular is famous for its picturesque canals, beautiful (but badly dressed) women, international character and terrible, shocking, appallingly bad service, or as the Dutch call it ‘belabberde service’. With this in mind, the Shallow Man, staying true to his remit of educating, informing and … END_OF_DOCUMENT_TOKEN_TO_BE_REPLACED 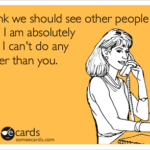 Dutch phrase of the week: How to Break up with Your Dutch Partner, the correct Dutch phrases to use. Ik heb helaas slecht nieuws, yes it's that time of the week I know you've been dreading, it's Dutch phrase of the week. So last week you learned how to flirt with the Dutch in het Nederlands, mooi! Now we'll assume that after a suitable period of time that the urge to have … END_OF_DOCUMENT_TOKEN_TO_BE_REPLACED 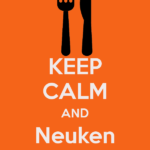 Dutch Phrase of the Week: The Seven Shades of Neuken The Shallow Man, in his never ending quest to teach expats all about life in the Netherlands, has been providing weekly posts about different aspects of the Dutch language. Previously we discussed the term Mierenneuker (someone that is annoyingly precise about everything) which led to lots of reactions. What provides the … END_OF_DOCUMENT_TOKEN_TO_BE_REPLACED 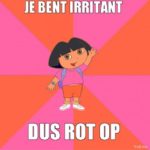 How to use swear words like the Dutch The Dutch are famous for their cheese, but amongst expats, they are just as well known for their whine. A common form of whining from our eccentric hosts is "bloody foreigners come and work here, but don't speak Dutch!". Actually, I can recall a politician called Rita Verdonk, the founder of a political party called Trots op Nederland, that … END_OF_DOCUMENT_TOKEN_TO_BE_REPLACED 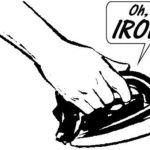 The Shallow Man has long recommended that the best way to understand, shock and irritate the Dutch is to actually speak their language. Also for those single expats out there, nothing gets the Dutch females out of their flat shoes, than a few words in Dutch, no matter how badly pronounced. The same applies for Dutch men. If you want to be able to run your fingers through their … END_OF_DOCUMENT_TOKEN_TO_BE_REPLACED