Dutch Phrase of the Week: The Seven Shades of Neuken

The Shallow Man, in his never ending quest to teach expats all about life in the Netherlands, has been providing weekly posts about different aspects of the Dutch language. Previously we discussed the term Mierenneuker (someone that is annoyingly precise about everything) which led to lots of reactions. What provides the term Mierenneuker it’s bite, is that it’s combined with an often used Dutch taboo word neuken.

With the assistance of my friends at Koentact, I’ve put together seven shades of neuken, better said seven common uses of this taboo and rather rude word. Again, remember that the purpose of this post is to inform, educate and entertain.  So if as a result, I’m chased by a group of angry mothers who shout “how could you write such a thing, what about the children?” I’ll shout back “don’t make your inability to supervise your kids my problem”.

The word ‘neuken’ has many meanings, but the most often used variant of this word means what some would refer to as copulation, jiggy- jiggy, horizontal jogging, porking, or as the late, great, Barry White would have said making love. The literal translation of neuken in English is fuc**ng.

Neuken is a regular verb which is conjugated as follows:

‘Ik werd geneukt’ is often shouted by groups of Dutch women in cafes when explaining to their friends how they spent the previous evening.

It’s interesting to note that the original meaning of neuken was stoten, which is to bump into something.  Reportedly there’s an etymological link to the English word ‘to knock’. This could be plausible as I’m reliably informed that the Afrikaans word ‘neuk’ still means ‘slaan’ or to hit. If you’re in South Africa and someone says to you ‘ek gaan jou neuk’ they are not inviting you to bed for an evening of jiggy-jiggy. You might want to adapt your Dutch dirty talk if you end up hitting the jackpot while there. 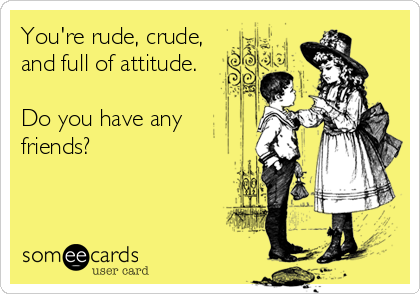 Droogneuken means what you think it does,  literally ‘to dry fuck’. It’s a saying that’s very popular amongst young Dutch people. It refers to the ultimate form of safe sex. Both parties simulate sex but all sexual organs remain firmly locked away under denim.

Note: Droogneuken is not a separable work word as the elements droog and neuken need to remain stuck firmly (but safely) together, just like a couple involved in the aforementioned activity.

The element ‘baar’ indicates that somethings is possible, just as with the word able in English. So for example, eetbar, drinkbaar, aaibaar etc. If you describe someone as neukbaar, then logically you are indicating that they are not only attractive but that you would like to have a sexual relationship with them but nothing more. So in other words, it’s the perfect word to describe someone whose profile you’ve swiped right on Tinder.

My Dutch language teacher at Koentact claims that this term is used mainly by men, but can provide no evidence to support this rather sexist statement. Women quite rightly often regard being described as neukbaar as insulting. Due to the ever increasing number of English speaking expats in Amsterdam a new variation is also in use: ‘neukable’. It’s suspected that this is not used outside of Amsterdam

Those of you studying in Amsterdam and Utrecht will be familiar with this term, it’s used to describe someone that you see occasionally for sex. This term is used by both sexes. It’s never used to describe your serious partner. It’s a more efficient and accurate description of a friend with benefits. Unless you’d like the supply of sex to stop it’s also not advisable to refer to your neukertje as such while in their presence.

Incredibly, the term verneuken, has nothing to do with sex. The prefix ‘ver-‘ shifts the meaning of this. Iemand verneuken is simply ‘to threaten someone in an aggressive and intimidating way. An example of this is that the majority of Dutch people feel ‘verneukt’ by the belastingdienst. who kindly announced that they underestimated the amount of tax owed by many for the 2013 tax year and will now be sending out demands for more money. As you can imagine this measure is as popular as an anti-Zwarte Piet protester in Gouda.

Verneuken can be used for both someone or something. The moment something is verneukt, you’ve completely ruined something.

The Dutch have a fantastic word that I love using, ‘nep’. So for example often when the Shallow Man is on the Metro heading to the Bijlmer Arena, I see very young ladies with Louis Vuitton handbags. The first thing that goes through my mind is “that bag isn’t real it’s nep!”. Verneukeratief is an adjective that can be used to indicate that something or someone is dishonest or misleading.

‘Het verneukeratieve aan Nederlandse vrouwen is dat je nooit weet of je nou wel of niet de deur voor ze moet openhouden’ /The misleading thing about Dutch women is that you never know whether or not you should hold the door open for them.

(Never open the door for Dutch women, they will look at you as if they want to hold your head down in a canal until you drown).

The Koentact Dutch language school for their ratings of the seven shades of neuken.

One final tip is that we buitenlanders often think that it’s funny to say to Nederlanders ‘neuken in de keuken’ when they ask if you can speak Dutch. Hopefully this post has explained why perhaps that isn’t the best thing to do. Instead if an attractive Dutch lion or antelope asks you if you can speak Dutch,  just say “ja ik kan wel Nederlands, ik vind je neukbaar”

No neukertjes were hurt during the writing of this post.

Until next time happy droogneuken!

the four most important dutch verbs for expats

Oud en Nieuw in the Netherlands

A good way to learn Dutch