cycling in the Netherlands 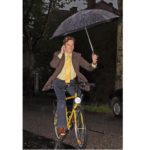 Cyclists in the Netherlands will be fined if they use smartphones while biking Hell has officially frozen over. For many years, cyclists in the Netherlands have been holy creatures. They have stuck two fingers up at traffic rules and have done what the hell they like. Ignoring red lights, cycling on the wrong side of the road, on pavements. They've scattered pedestrians like … END_OF_DOCUMENT_TOKEN_TO_BE_REPLACED 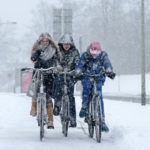 Some Reason To Cycle in the snow just like the Dutch The Dutch weather site weer.nl are predicting a 100% chance of snow tomorrow. In fact, up to 6 centimetres of snow is expected. It's going to be colder than the heart of a tax inspector so wrap up warm. Now most sensible people will be doing their best to avoid leaving the house and if they do will wrap up warm and take … END_OF_DOCUMENT_TOKEN_TO_BE_REPLACED 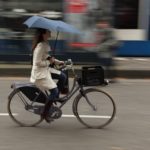 Code red weather alert but of course people are cycling in the rain The KNMI, the Dutch meteorological institute has issued a code red alert due to the weather. Currently, there are wind speeds of 118 kilometres per hour. All trams in Amsterdam have been cancelled. The Vondelpark has been closed and a number of schools evacuated. All trains have been cancelled All … END_OF_DOCUMENT_TOKEN_TO_BE_REPLACED 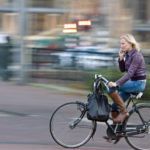 Using a Smartphone while cycling to be declared illegal Shocking news as the Dutch minister for infrastructure Cora van Nieuwenhuizen is to propose a new law that will make using a smartphone while cycling illegal. This will be part of a package of new road laws that will take effect in 2020. The purpose of the new rules is to reduce the number of traffic accidents in the … END_OF_DOCUMENT_TOKEN_TO_BE_REPLACED 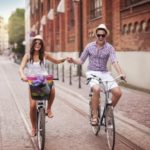 Survey Results Do Expats Cycle Like the Dutch? Inburgering or integration can take on many forms, but for me, an important indicator of how well foreigners have integrated into Dutch society is undoubtedly their cycling habits. With this in mind, the Shallow Man put together a survey to see if expats cycle like the Dutch. At the time of writing this post, two thousand four … END_OF_DOCUMENT_TOKEN_TO_BE_REPLACED