discrimination in the dutch jobs market 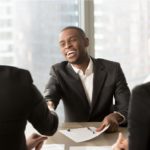 How to get a job in the Netherlands if you have a non-Dutch name This might sound like a stupid question. I mean, after all, the Netherlands is THE MOST TOLERANT COUNTRY IN THE WORLD. So why would having a foreign name make any difference to your chances in the Dutch jobs market? Waarom? Zeg maar! Well, I'll tell you why it's because of the results of a detailed survey carried … END_OF_DOCUMENT_TOKEN_TO_BE_REPLACED 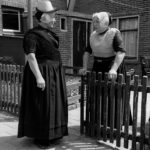 Dutch Tolerance and people with Arab Sounding Names After many years in the Netherlands, I've learned that according to the self-image here that the Dutch can never, ever be racist. It's just not possible. For example, when the Dutch celeb Gordon made 'jokes' to a Chinese person about Chinese takeaways on Hollands Got Talent, live on national television he wasn't being racist, … END_OF_DOCUMENT_TOKEN_TO_BE_REPLACED 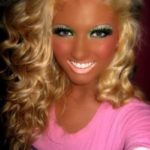 Racial Discrimination in Amsterdam Temp Agencies THERE IS NO RACIAL DISCRIMINATION IN AMSTERDAM!  This must be true, as people keep saying it on Facebook. The most common argument used is,  "look at Amsterdam, we accept people from everywhere".  I've always regarded this argument as being as shaky as a Dutch girl on a bike after a night out at the Cooldown Cafe. It's a bit … END_OF_DOCUMENT_TOKEN_TO_BE_REPLACED 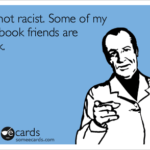 The Jobs Market and Dutch Tolerance Mark Rutte, the Dutch Prime Minister, knows how to fight and overcome the odds to be successful. Here is a man who despite a complete and utter lack of charisma, and a speaking style that is as exciting as a notary reading out the terms of a property contract, has fought his way to the top of Dutch politics. This week he made a statement … END_OF_DOCUMENT_TOKEN_TO_BE_REPLACED