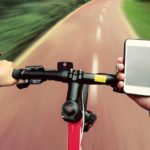 Smartphone use while cycling to be banned from July 2019 In a move that will enrage many, A Dutch government minister has proposed that smartphone use while cycling should be banned from July 1st 2019. This is, of course, a slap in the face to the social and love lives of many in the Netherlands. Minister van Nieuwenhuizen probably spends her life being chauffeur driven from … END_OF_DOCUMENT_TOKEN_TO_BE_REPLACED 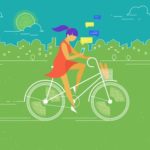 The Seven Types of Amsterdam Bike Lane Users and how to spot them So it came to pass, that after a gap of many years of not cycling in Amsterdam, that the Shallow Man decided to buy a bike. I used to live in the Pijp area of town, where bike theft was more common than the sight of Dutch women wearing ripped jeans. Having moved to a place which has secure bike storage, I decided … END_OF_DOCUMENT_TOKEN_TO_BE_REPLACED 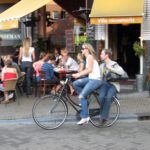 The world's first fietsburgemeester The Shallow Man recently received the following message from a rather emotional reader. Shallow Man, I find a lot of your posts about the Netherlands upsetting. Yes, it's fair to say that we Dutch girls dress as if someone has invented a 3D printer that can clone organic matter. But you know, there's more to life here than white sneakers and … END_OF_DOCUMENT_TOKEN_TO_BE_REPLACED 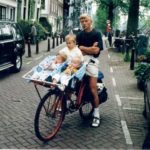 After telling his readers about the seven almost deadly sins of Amsterdam cyclists, the Shallow Man was summoned to meet the Mayor of Amsterdam, who told me, "Shallow Man, if you don't like the way people cycle in Amsterdam, rot op naar Limburg. The laws of the road don't apply to cyclists in Amsterdam. The religious vote is important, and neither I nor any other politician in … END_OF_DOCUMENT_TOKEN_TO_BE_REPLACED 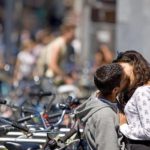 Amsterdam bike friendly city Hello dear reader at the time of writing this post, it's Monda,y March the 10th and the weather in Amsterdam is beautiful. The sun has been shining now for three days in a row and the effect this has on Amsterdammers is incredible. People who are normally too busy checking their smartphones for new messages on tinder, or are engaged in texting their … END_OF_DOCUMENT_TOKEN_TO_BE_REPLACED