the anti-vaxxer who loved me

I’m going to share a story with you. It’s about the things some of us will do for the love of a good woman. In this case, I’m talking about the love of my life, who for the sake of confidentiality, I’ll call ‘Merel’. I love this woman more than Marge loves Homer. More than a Dutch person loves sending a Tikkie, more than Donald Trump loves himself.  I love her so much that I even went to my Doctor and asked if it’s possible to get unvaccinated. I asked if there was a way to get that poison out of my veins. I want my blood to be pure for the love of Merel. The stupid doctor tried to refer me to a psychologist instead. What do I pay my insurance premiums for?

Yes, I’m a romantic. Meatloaf sang “I would do anything for love” and he was right! So would I.

I’m what you’d describe as a kut expat. I moved to the Netherlands earlier this year from the UK to work for an electronics company. Like many newcomers to Amsterdam, I was shocked at the poor value for money you get for rental apartments. The anti-expat feeling in Amsterdam was also a revelation.

Even the relocation agent who was supposed to be helping me find an apartment was lekker direct and couldn’t resist telling me,

“because of you expats, rent prices are really high and no Dutch person can afford to live in Amsterdam anymore”.

To which I replied, “but you told me the owner of the apartment I just signed a kidney away for is Dutch. If Dutch people are so concerned about expats then why is he renting to me?” To which she politely replied, “because only foreigners are rich and stupid enough to pay so much money for a basic poor quality apartment”.

I moved into an overpriced one-bedroom apartment near Museumplein, with sociable mice included in the rental price. I lived on the third floor of a typical Amsterdam building with stairs that are designed to break your neck and walls so thin you can hear the deep fat fryer in the apartment next door.

Merel lived in the apartment directly below. The first time we met, I was passing her place on the way to the stairs that led to my apartment when I tripped over some shoes she’d inconveniently left by her front door. The noise of me falling over and swearing led to her coming into the tiny hall and shouting. “HEY! WHY DON’T YOU WATCH WHERE YOU’RE WALKING. YOU’D BETTER NOT HAVE DAMAGED MY DOCTOR MARTENS!”

Was she being rude? Yes! Did I care? Hell no! She was a vision in tiny ankle socks and flared red pants. A top with just a tasteful hint of leopard print and lots of messy blonde hair that was tied in a bun. In fact, it looked as if she’d just got out of bed and hadn’t had the time to do her hair or apply her makeup properly as she looked a bit ghostly. But I didn’t care, she was the most beautiful thing I’d ever seen.

When I’d pulled myself off the floor, I found myself apologising for potentially damaging her chunky Dr Marten boots. “You Brits are always apologizing, just stop it!”. I introduced myself, “Hi I’m your new neighbour, my name is..”, to which she cut me off and said she was busy and didn’t have time to chat. She slammed the door behind her.

No time to Vax

In the following weeks, I was to hear her more than see her. She’d often enter the building by slamming the door so hard that I’m surprised glass didn’t break. She was also often prone to shout into her phone on the way up the stairs, “IK HEB GEEN PROBLEM MET EEN TRIO, MAARRRRRR./I HAVE NO PROBLEM WITH A THREESOME BUT..” Or “Waarom ben je zo‘n kutwijf? Betaal gewoon mijn Tikkie” When I would see her and try to talk to her she was usually pretty blunt. Me. “Goede morgen”. Her, “WHAT THE FUCK DID YOU SAY! ARE YOU TRYING TO SPEAK PAKISTANI?”

Things remained the same until one fateful day, I was at home when there was a knock on my door so hard I thought that someone was trying to break in. Nervously, I opened the door, and standing there looking not quite so forceful as usual was the lovely Merel. She’d obviously just come in from outside as she was wearing a white fluffy coat much loved by Dutch women of a certain age. She had the obligatory ripped jeans and a pair of fearsome-looking Dr Martens boots. In her hand, she was holding an official-looking letter, which I realised was addressed to me. Without asking to be invited in, she pushed past me into my apartment.

“Hi, I picked this letter up by mistake last week, I thought it was for me. You don’t speak Dutch, do you? Well, I can tell you that this letter is an invitation for a prik”. I started laughing. “Not that kind of prik! A vaccinatie prik for them to fill your system with poison so they can control you like a sheep. If I were you I’d burn this letter. Just throw it away. Live free! Don’t be a nazi! Do your research!!!!!”

She was so passionate that I didn’t want to let her know that I’d already been vaccinated months earlier in the UK. So I decided that I’d keep her talking as I finally had the woman of my dreams in my apartment. “No, I’m not vaccinated. I’d love to hear more about why I shouldn’t do it. I offered her a beer and for what seemed like the next 20 hours she excitedly told me how corona vaccinations were all part of an attempt from governments to control the will of the people. Or something like that. At some point during her monologue, she mentioned that there are a lot of Dutch women who only want to make healthy babies with pure-blooded men, free of corona vaccines. She then looked at me long and hard and the next thing I knew she was all over me like a Dutchman on kibbeling.

Merel and I were like appelstroop on cheap white bread. Sticky, clingy and to the outside world probably disgusting. I was quickly introduced to her friends who were also adamant anti-vaxxers. Before I knew it I was taking part with them in revolutionary protests against any store that would enforce the facemask rules of the Dutch government. We’d proudly walk into the local bakery together, not wearing facemasks and would kiss passionately! Then Merel would point at the sign asking people to wear masks and say “my body, my choice!” While the exasperated person serving would say, “that’s fine, but do you want bread or not?”

Soon after, I noticed that the health of her anti-vaxx friends was deteriorating. I’d ask her, so where’s Lieke? I haven’t seen her for a couple of weeks”. To which she’d reply, “yes, she’s in intensive care at the hospital. Zo overdreven!/over the top!. She’s just got a little cold and now because of the corona propaganda, they’ve put her in hospital.” Jordy, shared a similar fate, as did Anouk and Bram. All were isolating or seriously ill due to being unvaccinated and getting corona.

We also would visit her OMA/Grandmother sometimes. I asked her if she wasn’t concerned about passing corona onto her. But her view was, “we all have to die sometimes. Imagine if there was a vaccine for everything. Do you know what would happen? The world would be OVERCROWDED. The old must die to make way for the young. It’s the natural law of things”.

Once the government brought out the rule that access to bars and restaurants would only be possible with a QR code, her friends began hosting corona parties. This way the unvaccinated could get together with people who are infected, catch corona and then qualify for a recovery QR code. (If they didn’t die as a result naturally). It was at that point that the lovely Merel began to suspect that I might actually be vaccinated.

I would refuse to attend the corona parties. I’d pretend I had to work late or was busy and then one-day disaster struck. She opened a letter from the GGD which said that I didn’t need to be vaccinated as I’d already had the AstraZeneca covid vaccine in the UK.

As you can imagine, she didn’t take it well. She blew up like a mushroom cloud. My ears were bleeding. She was in a rage. “YOU BETRAYED ME!!!!!!! YOU’RE UNCLEAN! I THOUGHT YOU WERE OF PURE BLOOD! YOU COWARD!”

So there you have it Shallow Man. In the words of that most underrated of female singers, Cher. “If I could turn back time if I could find a way”. I’d never have been vaccinated. If I could I’d have that poison removed from me so I could get back with my Merel. She won’t talk to me anymore. She ignores me. She’s even stopped opening my post :(.. She says that I’m dead to her, which is quite ironic as she’s in intensive care at the moment with covid.

No anti-vaxxers were hurt during the writing of this post. 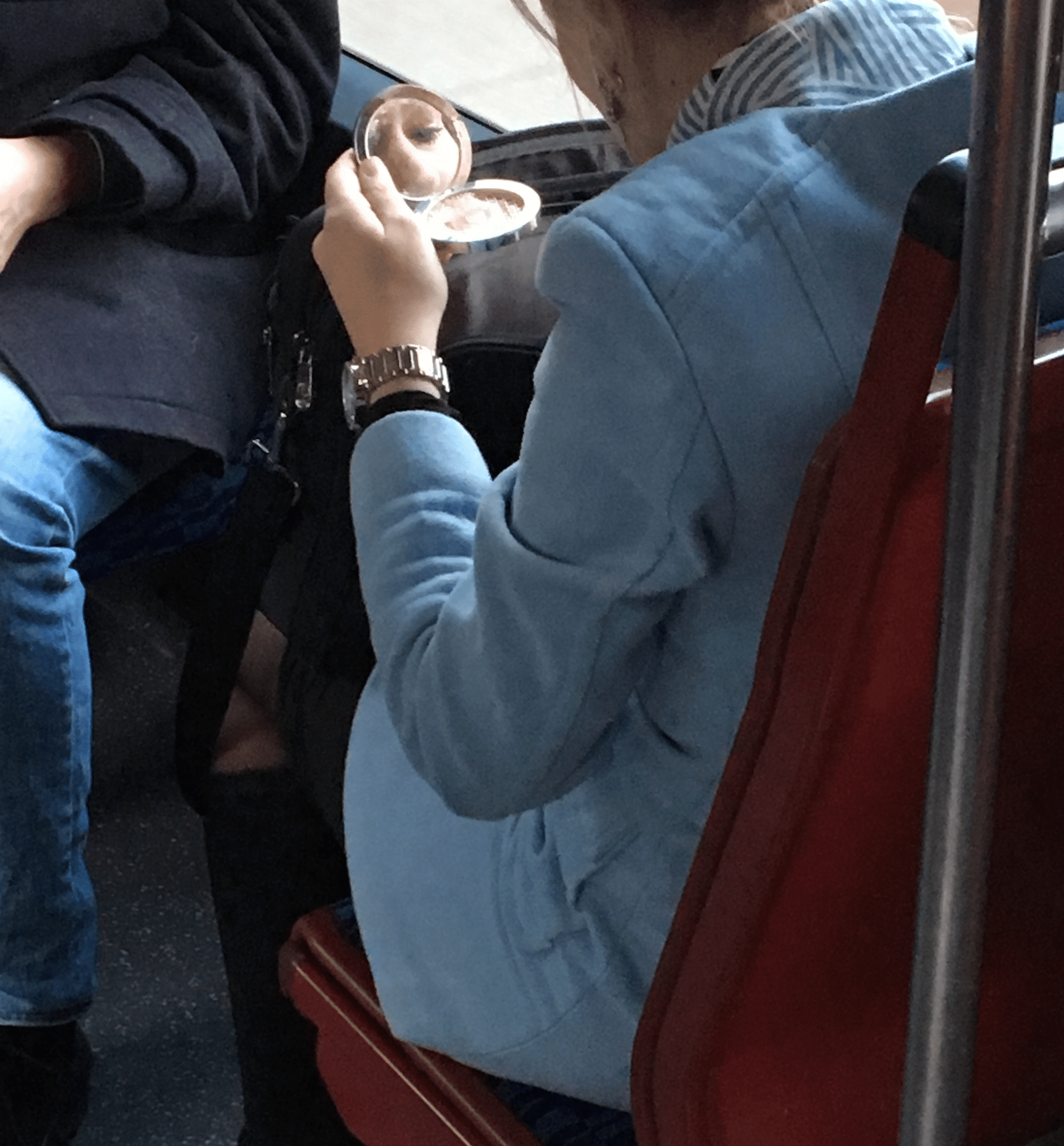 The Foreigners Guide to Dutch Manners and Etiquette

A common bond between Expats and the Dutch

How to Survive Storm Ciara on Sunday

5 Reasons Why Dutch Women Are The Happiest In The World