How to Attract Dutch Men

How to Attract Dutch Men

I’d like to paint a picture for you. Just imagine for a moment that you put aside all of your hipster, right-on, PC, middle class principles, and decided to go out hunting an animal, let’s say for example a Lion. Well you wouldn’t just turn up on some savannah, then hang around until a Lion appears then start shooting. You would I hope carry out some research about the habits of your prey, and then strike with knowledge about how best to bring down your target. Dating with Dutch men requires a similar amount of preparation to avoid disappointment.

The Shallow Man has written many articles about dating Dutch men and the mistakes that women often make when hunting this most eligible of prey. In the past I’ve often received comments from Dutch men or their expat partners saything things such as “my Dutch boyfriend isn’t like the men in your articles, he likes me dressing up“.

So I was pleased to finally have some evidence to back up what both I and many of my readers have been saying for some time about Dutch men from no other than the magazine of the highly respected Dutch newspaper the Volkskrant. Which brings me to the subject of today’s post, how to attract Dutch men.

The Volkskrant Magazine, together with the University of Utrecht carried out a unique survey of 3500 Dutch men about what they find attractive in women. Of the men that took part in the survey, 95% were born in the Netherlands and 73% had followed higher education. The results of this survey were apparently a surprise to the editorial team at the Volkskrant who are obviously not readers of my blog. The results actually confirmed many of the things that are as obvious and predictable as a group of Dutch women sitting outside a cafe smoking in sub-zero temperatures.

The Shallow Man has read the survey, and has drawn a number of conclusions from the results that will help you (if you’re interested) in knowing how to attract Dutch men.

Now my analysis might upset some, and if as a result I’m captured by a group of angry expat women who are in relationships with Dutch men, and am forced to watch multiple episodes of Grenzeloos Verliefd while being told all the reasons why this article is incorrect, I’ll shout at my enemies, “You’re wasting your time, I’m not a Dutch guy and don’t allow myself to be bossed around”.

How to attract Dutch men according to the Volkskrant

Firstly, the Shallow Man would like to apologise to all the Dutch women who he’s made fun of for wearing what I like to describe as dangerously flat shoes. Now I understand why they habitually wear these, keeping their feet firmly close to the ground. Women are biologically programmed to ensure the continued survival of the species. If Dutch women were to routinely wear high heels the Dutch race would die out!

High heels to Dutch men are like a crucifix to a vampire. When they see a woman in heels they shield their eyes and shout NOOOOOOOO!

How to scare Dutch men

The survey showed that 79% of Dutch men regard high heels as being not attractive. Absolutely bloody incredible. All those stylish and feminine Eastern European and Mediterranean women, tottering around Amsterdam in their killer heels are not appreciated by local Dutch men. Fear not ladies, in Amsterdam South there is an incredibly Shallow Man who always smiles when he sees an attractive lady in a pair of stilettos. Doe maar! However, if you want to attract Dutch men, tie a couple of table tennis bats to your feet and walk loud and proud down the street, that’s how to attract Dutch men, they’re afraid of heights, no heels, doe maar normaal!

It’s all in the eyes

Here’s a question for all you ladies. Sadly it’s still relatively common for immature, sad men, to call out rude comments to women on the street. Have any of you ever had men shout out “lovely eyes schatje, come on show me those eyes”. I assume that this has occurred, as according to the survey the part of women that Dutch men love the most is…..their eyes!  If you wear a burkha, then the Netherlands is definitely the country for you, men go crazy here for eyes. This could also explain why in some of the chic cafes and bars in Amsterdam women appear to wear sunglasses all the time, even if the sun hasn’t shined for weeks. It’s a good way to stop men coming on to them. How to attract Dutch men? Don’t wear sunglasses. 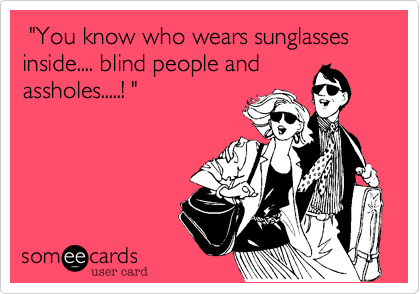 The Dutchman loves a small cup

It always amazes me when you see these huge Dutch guys drinking tiny little biertjes. Well they also prefer women’s breasts in small sizes as well. One of the reasons I decided to remain in the Netherlands was due to the joyful news that Dutch women’s breasts were getting bigger. In spite of being surrounded by lots of women with natural generous assets, the majority of Dutch men believe that a B cup is large enough!!!!!  Apparently Dutch men like their women to reflect the Dutch landscape, the flatter the better. It’s like living in Russia and refusing to drink Vodka.

Another finding was that the cold blooded Dutch male takes a view that lingerie is ok, but not strictly necessary. (Shoot me now!)

How to attract Dutch men? Get a breast reduction and wear granny pants.

Another thing often noticed by expats is the lack of makeup worn by Dutch women. Now I understand why, it’s another survival of the species activity. 53% of Dutch men prefer women to wear as little makeup as possible. Well just take a look around, their wishes have been granted.  A Dutch woman wearing makeup is like a black man playing Sinterklaas, apparently it happens, but I’ve never seen it. 😉

Did I say rabbits? I meant hare, pubic hair distresses the majority of Dutch men. Apparently even in movember, Dutch men are not keen to see a moustache in the wrong place. 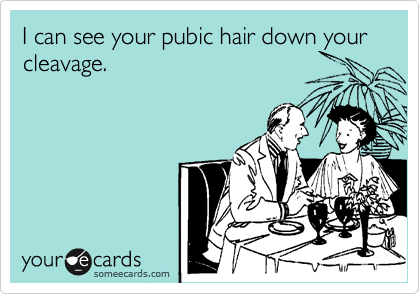 The final point I’ll highlight from the survey appears to contradict all available evidence and common sense. According to the survey 94% of Dutch men believe that women dress up to compete with each other. How in the hell does that work? Considering that the majority of Dutch ladies run around town in flat shoes, denim, and mismatched tops with hair styled by a fruit bowl, how on earth do they compete exactly? Is it a case of,  “Anouk, take your eyes off my Jeroen, he’s not interested in you as my shoes are flatter than yours”. Or,  “I haven’t worn makeup for so long that I when I fell asleep on the train an ambulance was called as the other passengers thought I was dead. Jeroen prefers the natural look”.

I’m confused by what is meant by ‘dressing up’ in this context. I guess it’s all about how old the boots are, if a Dutch woman wears boots that are less than twenty years old she’s showing off.

Dutch women are fans of Star Wars and competitive dressers

How to attract Dutch men

I hope the above will assist you in your quest to capture a Dutch man. So to summarise:

If you do all of the above then you’ll be attractive to Dutch men. Happy hunting.

No makeup artists were hurt during the writing of this post