The Shallow Man recently provided his readers with a helpful guide on five differences between Dutch and Russian women. This lead to requests for a similar guide on the differences between Dutch and Russian men. As the stated purpose of my blog is to inform, educate, and entertain, of course I had no choice but to honor the requests of my multicultural following.

Having had no personal experience of dating either Dutch or Russian men, I reached out to some of my readers, and from the huge amount of information received, I’ve put together, what I believe are the five key differences between Dutch and Russian men.

Please bear in mind, that naturally, I’ve had to generalise somewhat. So I’d like to ask the partners of Dutch and Russian men, not to send me messages saying the following:

“Shallow man, my Vladimir is nothing like your description.”

“My Jeroen is a gentlemen and a great tipper.”

So without any further delay, here are the five differences between Dutch and Russian men.

1. Getting a first date

In order to understand the differences, first you have to get your Dutch or Russian prey on a first date.

Getting a Dutch man to go on a date

In order to get a Dutch man to go on a date, you’ll need to behave the same way as the natives.

Select your target then pounce

Getting a Russian man to go on a date

Due to world war two, and deaths caused by alcoholism, Russia has more women than men. The statistics fail to confirm whether or not Russian men turn to drink as a result of being in relationships with Russian women, nevertheless, growing up in a country where women outnumber men, makes Russian men some of the most macho in the world.

In order to get a Russian man to go on a date, you’ll need to behave in the following way:

In Russia men still know how to be men

One of the key differences between Dutch and Russian men is their first date etiquette.

A successful first date with a Dutch man involves the following:

‘You want me to transfer 0.03 cents to your bank account?’

A successful first date with a Russian man involves the following:

My god, I think he just swallowed that ladies head

Another key difference between Dutch and Russian men is their approach to romance in general.

Following a successful first date, don’t expect a Dutch man to call you. He’s too busy grooming his hair and drinking those tiny little feminine looking glasses of beer with his friends. If a Dutch man is interested in you, he might, if you’re lucky, send you the following text message several weeks after your first date.

You “Jeroen? Wow, you took your time getting in touch, I thought you’d forgotten about me. What have you been up to the last three weeks?”

Him “Sure. Can you remind me who I’m talking to again? I’ve had so many dates recently. Were you the one wearing makeup?”

Once a Russian man has decided that he wants you, the only thing that will keep him away is a court injunction. He’ll be texting you on the way home while sitting next to you in the back of a taxi. Then as soon as he gets home, and the first thing the next morning. He’ll demand to see you again. You’ll be showered with presents and even if you weren’t that keen, the next thing you know you’ll be out on a date with him again.

Russian men approach dating with the brutal efficiency of a military campaign. Before you know it, your defences will be overrun and you’ll be annexed like the Crimea. Resistance is futile.

‘Alexei, when I said to bring protection I meant….’

4. Meeting your parents for the first time

Dutch and Russian men take different approaches to meeting the parents of their partners for the first time.

Your Dutch boyfriend will visit your parents empty handed. Bringing gifts, wine, or even a bottle of mineral water is seen as completely unnecessary. After all, your parents have the same access to shops as he does. Do warn your parents about Dutch directness. If he suggests to your mother that she should lose weight, or makes disparaging jokes about your country of origin, he’s only ‘telling it like it is’ and they shouldn’t take offense. 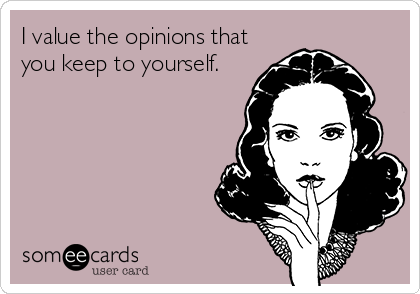 A tip for your Dutch boyfriend

Don’t be upset by this. The Russian male must demonstrate his masculinity at all times, and actually, you should be proud of him for being so virile.

Marriage with a Dutch man

If you’ve managed to pop out at least two children, you might find yourself visiting city hall on a Monday when it’s cheaper to get married.  You’ll find your Dutch partner to be a loyal and faithful husband, who won’t give you too much trouble. Don’t be irritated by the fact that he uses more hair products than you.

Marriage with a Russian man

After a whirlwind romance, don’t be surprised if your Russian man asks you to marry him. Once settled down, he might start seeing other women on the side. There’s just too much of him for one woman, and it’s the duty of every Russian man to go forth and conquer. As a Russian friend said to me “sometimes you like a meal in a michelin star restaurant, other times you fancy fast food, what’s the problem with that?”

Russian men might be tough but will help around the house

Alexei took his marriage vows seriously from the start

If you prefer men to be men, and would like to be swept off your feet, and don’t object if your man pops out for an occasional takeaway, go Russian. If on the other hand, you enjoy the financial security that comes with never spending any money unless it’s absolutely necessary, then go Dutch.

Till next time, if you don’t like it here, rot op naar je eigen land!

Dating mistakes made by men a Dutch perspective