Alternative Holidays At The Crazycamp

Alternative Holidays At The CrazyCamp

The Shallow Man has never understood the hype about couchsurfing. I once took my couch to the sea only to see it sink like a stone. One of the good things to come out of couchsurfing is the group CrazyCamp.org which brings me to the subject of today’s post.

Spontaneity is in the opinion of the Shallow Man a great character attribute to posses. With the rise of social media and the Internet of course, the world really has become a much smaller place. It’s never been easier to make a last minute decision to visit another country at a moments notice.  What’s also become more common is the trend of both men and women travelling and exploring cities and countries alone. Something which living in the Netherlands, which is so well connected to the rest of Europe travelwise, is incredibly easy to do.

Back in 2011, a globe trotting Dutchman called Klaas, who had surfed the world using a couch that didn’t sink, just on a whim, arranged an event at the top of a Swiss mountain. He hired a fairly spartan hut, and left an open invitation on the couchsurfing site for people to join him. Much to his surprise a number of people signed up. He explained that the accommodation would be pretty basic, and that after a days skiing and snowboarding the attendees would have to work together as a team to cook meals, keep the place clean and agree on various activities that would take place. The attendees had a great time and the idea for Crazy Camp was born.

The original event was so well received that since 2011 several such events are held a year under the name of CrazyCamp.org. Take a group of complete strangers, from all corners of the world and put them together for a week in a remote location.  Arrange lots of activities and party games that could be even too silly for the Shallow Man, and you’ll be on your way to understanding what the crazy camps are all about.

During the winter months these typically involve gatherings at Ski resorts. During the summer months skiing, and snowboarding are replaced by hiking, and swimming in open waters.

The United Nations of CrazyCamp

If there is such a thing as a typical CrazyCamp participant they could best be summarised as follows:

People from every continent have attended the events so far, with participants from just about every country imaginable, (Ok no Moors or Bishops from Turkey that live in Spain have attended yet) so if you’re looking to meet people from different parts of the world, this is definitely one of the benefits of attending.

The typical CrazyCamp break is for five to seven days and have taken place in Switzerland, Bosnia, Austria, Montenegro, and Italy. The actual locations where the events will be held are kept secret until the last minute, which is all part of the crazy camp experience. 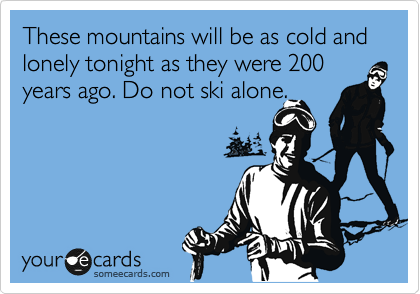 No one skis alone at CrazyCamp

This holiday season you can of course enjoy piling on the calories by consuming the delightful deep fried amuses available on every main street corner in the Netherlands such as Oliebollen, Krentenbollen or for the traditionalists amongst you Appelflappen. You can spend time reminding yourself why Christmas with the family is always better as a fond memory than in reality, or you can get away from it all at the Crazy Snow Camp in Switzerland. 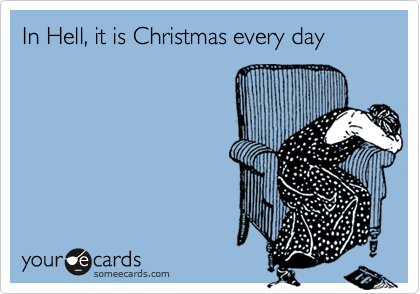 For more details about CrazyCamp and their upcoming events please click here.

The Dutch Fireworks and Firenadoes