What Expats Need to Know About RTL Changing Zwarte Piet

Changing Zwarte Piet is hard to do

October 24th 2016 will go down in history as the day when the destruction of Dutch society began, from within!  RTL announced that as of 2016, none of their Sinterklaas programmes will feature a traditional blackface Zwarte Piet. The much loved (not black) ZP has received a makeover, and will now look like a white man that has been down a chimney. How dare they?

Another (not black) man out of a job

He’s not black, he’s been down a chimney

All over the country, angry Dutch people have taken to social media. To many, it’s not just a simple minor change to the appearance of a fictional character, many are in fact foreseeing no less than the very end of the Dutch way of life.

I thought he was black because he went down a chimney

The most amusing thing about the reactions to RTL changing Zwarte Piet, is that for as long as the Shallow Man has been in the Netherlands, I’ve constantly been told that ZP’s blackface appearance was caused by going down chimneys. This mealy mouthed excuse never made sense to me as:

RTL have angered ZP supporters by simply utilising the excuse that if ZP really is black from the chimney, then in fact, he should have streaks of soot on his face, and not have his entire face colored black or brown.

This is how ZP should look, boycott RTL!!

Dutch social media, instead of blaming RTL for deciding to change with the times, instead puts most of the blame on a “kleine minderheid/small minority”, of ‘newcomers’, in other words people of color.

There’s a lot of anger at the fact that instead of being grateful for living in the most tolerant country in the world, that some minorities have dared to speak out against the appearance of ZP. Instead of going back to their own countries, (even if they were born in the Netherlands) they’ve had the bloody cheek to successfully organise, and cause changes to a ‘traditie’ that is increasingly seen throughout the world as having a nasty racist undertone to it.

Let me remind you dear reader, that Zwarte Piet hasn’t been abolished. Instead, his appearance has been changed to match one of the main justifications used by ZP supporters. “He’s not black, he’s been down a chimney”.  This change will only affect viewers of RTL TV. RTL are the makers of quality TV such as “Adam Zoekt Eva”, and “Goede Tijden Slechte Tijden”.

That RTL has made these changes, is causing a national outrage. People aren’t actually upset about the minor changes to ZP, but instead are more angry that minorities in the Netherlands are actually being listened to. Where will it all end?

Some examples of tolerant commentary about RTL changing Zwarte Piet

Say it with capital letters

Whenever any organisation makes changes to Zwarte Piet, there are two “tradities”, that are guaranteed to take place.

Nothing is more traditional than a good old fashioned death threat sent via social media. RTL has already been flooded with them since announcing changing Zwarte Piet. Wat leuk!

2. Calls for a boycott

I’m not quite sure how ZP supporters keep track of all of the businesses they’re supposed to boycott. Hema, Jumbo, Albert Heijn, De Bijenkorf, and now  RTL TV. It might be easier if ZP supporters simply grow their own food and make their own clothes, as the list of places where they’re not allowed to buy products is growing each year. They should also make their own TV shows, using white actors blacked up for any roles that would normally use people of color.

First Zwarte Piet then ALL Dutch traditions will disappear

Hysteria is not only an excellent album by Def Leppard. In fact hysteria can be found all over Dutch social media, as per the post on the RTL news Facebook page below.

Hysteria not only an album by Def Leppard

The comment above says the following:
“I don’t think that this will stop. The next target is to get the entire Sinterklaas tradition removed completely. The hate against Dutch people is so incredibly large that “they” want everything removed that’s typical Dutch!”

The Shallow Man will defend things that are typical Dutch

The sight of brown shoes, white sneakers worn with dresses, uggs in winter, sex on the second date, and cycling through red lights while sexting are all traditions that should indeed be protected. If “they”, go after bitterballen, erwtensoep, lion king hair, or the right for women to cycle to work in the morning with hair as wet as the back of a beaver. Or if “they”, dare to attack the right to say anything that pops into your head, and then be angry if the person you’re talking to takes offense, you can rely on the Shallow Man to help fight for the right to protect typical Dutch traditions.

What expats need to know about RTL changing Zwarte Piet?

RTL are left-wing, liberal traitors to Dutch culture. By bowing down to a tiny minority that dare to hold a different opinion to that of 99.9% of native Dutch people, they are actually causing racism. A racist thought had never entered the head of any Dutch person in history, until the “nieuwe Nederlanders”, started complaining about Zwarte Piet.

So if the discussions about this subject on social media are full of racial hatred, it’s the fault of the minorities for daring to bring it up in the first place. Lekker tolerant!

No chimney sweeps were hurt during the writing of this post.

I’ll award 50 Guilders to the first person that says “Zwarte Piet is black because he’s a Moor”. 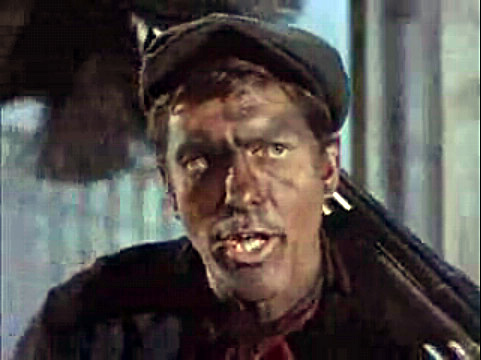 There were no Moors in Mary Poppins