Seven Tips for Justin Bieber about life in Amsterdam

A Letter to Justin Bieber

The media is full of stories excitingly reporting that you’re moving to Amsterdam. With this in mind, even though I’m not a fan of your music, which in my opinion, is an excellent alternative to laxatives. The Shallow Man has decided to help you by providing seven insider tips, from one expat to another, about living in Amsterdam.

The things I do for my beliebers!

“Let me hear you say neuken in de keuken”

As the title of one of your incredible songs says, “love yourself”. You can do so by behaving just like the locals:

Love yourself and always take two seats if you can

2. Learn to live with Dutch service

Even if your expectations are lower than a snake’s belly, you’ll still be shocked at the level of service on offer in a lot of places in Amsterdam. Incredibly, it’s actually improved in recent years, so imagine how bad it was before. Don’t be surprised if the women’s panties that you order online are not, as one would expect, delivered to your home address, but instead are left with a drunken tourist that happened to be taking a pee up against your building.

Delivery men believe that if the package recipient isn’t home, it really couldn’t have been that important. They’re often paid per delivered package, so will happily leave your items in wheelie bins, or with anyone that just happens to be passing your home. As long as the person in question can mark an “x” on the delivery note, the package will be happily handed over to a complete stranger.

When shopping in Dutch establishments, remember that the customer is always wrong and is only there to interrupt the person serving from taking a much-needed cigarette break.

For more advice on Dutch service, watch the helpful video below.

3. Doe maar gewoon, even if you are Justin Bieber!

Being famous, you’re probably assuming that dating Dutch women will be a piece of bitterballen. Well, think again. Successfully dating a Dutch woman is like passing the selection course for the Navy Seals. In fact, being famous will probably work against you. Simply saying, “hey, don’t you know who I am? I’m Justin Bieber baby! You’d better belieb it”, won’t work in Amsterdam. Also, whatever you do, don’t make any jokes about Dutch women being manufactured in a clone factory. You’ll need to learn the religious-like importance of doe maar gewoon!

Dutch women hate nothing more (apart from shoes and makeup) than being given compliments. If you find a Dutch woman attractive, don’t tell her how good she looks. In fact, start the conversation as follows:

“You remind me of my visit to China during my Justin Bieber put in the earplugs world tour”. Being naturally nosey, she’ll have to know why.

“Because your hair reminds me of birds nest soup.”

Oh, how she’ll laugh. For a successful evening, keep hurling insults at her like a Zwarte Piet supporter sending hate mail to RTL for stopping with blackface. By the end of the evening, she’ll be like krentenbollen in your hands. (But hopefully, not as greasy).

5. Never offer to pay the bill while on a date

You’re a multi-millionaire, but so what? Don’t whatever you do offer to pay the bill when out with a Dutch woman. This will only lead to a lecture about how independent Dutch women are compared to the rest of the world.

In fact, if you really want her to like you, do the following when the bill arrives:

“Hey, you’re not going to believe this, but I forgot my wallet. Can you pay the bill?”

Being used to this from Dutch men, she’ll suddenly feel very comfortable with you. After which you can say. “I’ve got cash for my half of the bill next to the jacuzzi in my 25 million Euro penthouse”.

Being Dutch, the cost of the penthouse won’t impress her, but she’ll not want to risk losing out on the money, so will accompany you home. The rest is up to you. The Shallow Man advises you not to play any of your songs if you’d like her to stick around.

The Dutch love and constantly adopt aspects of American culture, but the thing they love above all else is criticising America. Even though you’re Canadian, an insider tip for you is to pretend how much better things are here than in the USA. So, for example, you could say, “I’ve been shopping in Rodeo Drive in Beverly Hills, and I can tell you that the Kalverstraat in Amsterdam kicks its ass! It’s got Bakker Bart, man!!”.

If you throw in some comments about how good minorities have it here compared to those in the USA, the locals will adore you! 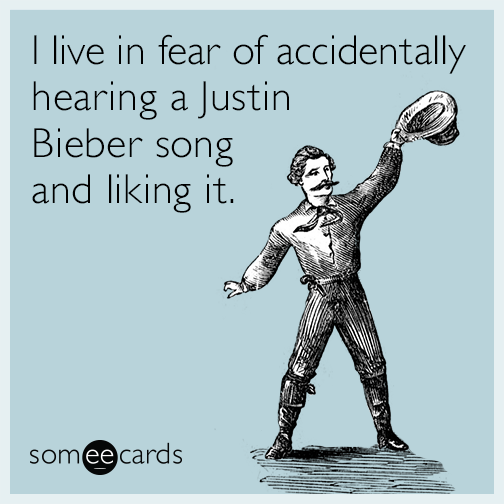 7. Amsterdam is great for clubs

I know you’re a man that loves hanging out in the VIP lounges of some of the world’s greatest clubs. Well, you’re very lucky that you’ll be living in Dam Square. Just walk to Central Station, hop on a fast train to Schiphol, and fly your private jet out of the country. There are some great clubs out there, just not in Amsterdam. 😉

No Beliebers were hurt during the writing of this post.

An open letter to Domino’s Pizza