working in the Netherlands 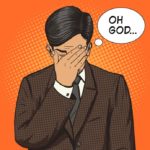 Albert Heijn training manual, black females are budget clients Albert Heijn with over 900 stores is the Netherlands largest supermarket chain. It's parent company Ahold, also owns many other high street names such as Etos and Gall and Gall. One thing that has always impressed me about them is the diversity of their employees which have more colours than a box of smarties. Which … END_OF_DOCUMENT_TOKEN_TO_BE_REPLACED 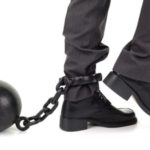 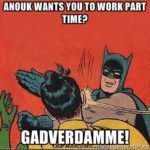 Seven reasons why the Dutch work part time After a long and weary journey, across deserts, through biting cold blizzards where the snow was whiter than a garden party in Het Gooi. The exhausted traveller climbed to the top of a mountain, where legend had it lived the wisest man in the world. The exhausted traveller  spoke to the wise man. "I've travelled far and wide to find … END_OF_DOCUMENT_TOKEN_TO_BE_REPLACED 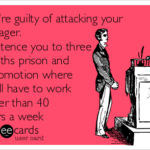 July 1st 2015 changes to Dutch employment law The Netherlands is a workers paradise. Just as in the Mafia where being a made man makes you untouchable, the same applies if you have an indefinite contract of employment. These are extremely valuable, but more difficult to attain than trying to get a Dutch woman to cook you a meal, or getting your rental deposit back from a Dutch … END_OF_DOCUMENT_TOKEN_TO_BE_REPLACED