ShareWhatsappPinterestLinkedinTweet
RedditMail
Recently, due to the increasing popularity of the Amsterdam Shallow Man blog (29,000 views in September alone) and the angry feedback received from some poor flowers, offended by my observations about our denim wearing hosts, the Shallow Man has felt like Julius Caesar on the floor of the Senate, just before the knives were plunged into his back. Infamy, Infamy, they’ve all got in in for me. Which brings me to the subject of today’s post.

I was honored to be approached by Het Parool, the biggest selling newspaper in Amsterdam for an interview about the Shallow Man blog. They had read several of my posts and wanted to experience a night out with yours truly. So, on Monday evening, when most civilized people were at home playing GTA V, I ventured out into the night to meet one of their reporters and took him on a tour of some upmarket bars in Amsterdam,  including MOMO and the Conservatorium Hotel and then, purely in the interest of research for my blog, visited some desperately downmarket ones in the Red Light district. The things I do for my readers! 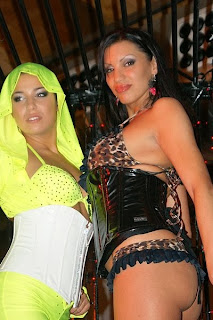 There are many cynical people out there who say that multiculturalism is a bad thing and has been a failure. People who think this way have obviously never been to a Strip Bar in Amsterdam. We entered the main narrow, neon-lit room, which had one long bar going through the center, on which an M&M selection of women were dancing topless.

Seated at the bar was a cross section of races and nationalities, all huddled together in harmony, dry of tongue, high of blood pressure and wide of eye, taking in the dubious delights of the cultural entertainment that evening.

A twitchy gentleman of Asian appearance waved a twenty Euro note at a rather tough- looking lady, covered in tattoos, who was shaking her not inconsiderable assets on the top of the bar to some dreadful song with a pounding beat.

With a smile falser than Joan Rivers face, she snatched the money from his hand, faster than a man in a suit, leaving a working girls room in the red light district. She then waited for the next song to start, sat on his lap and began writhing on top of him.

Children, if you don’t go to bed Joan Rivers is coming to get you

He looked as if he was about to faint from happiness. Up until Monday evening I was of the belief that Silicon Valley was in the US, I stand corrected, it’s actually in a small performing arts establishment in the Amsterdam red light district.

Meanwhile, back at the bar, the Asian chap was now feasting on the assets of his hired partner. He hung on to them as if they were a raft in the middle of a lonely sea, which in reality, to him, they probably were.  The journalist and I drinking beer ( at six euros a bottle) fascinatedly  observed as the dancer asked him whether he’d like another go. He declined, and, with a cold and dismissive stare, followed by another false smile, she moved over to a brown skinned chap sitting a couple of seats away, that was waving twenty Euros at her. She repeated the same false smile, sit on the lap routine, while her former three minute partner looked ruefully on.

The lady’s new partner wasted no time getting straight to business, and went at her as if he were seriously dehydrated and was desperate for a drink. “Ouch! Don’t bite” she warned her partner, who was obviously hungry, as well as thirsty. “I wonder how many food poisoning outbreaks have started here,” I commented. This routine went on as the ladies moved from Lap to Lap. Obviously, being the best dressed person in the place, the Shallow Man was approached several times and asked if he would like a lapdance. As I mentioned to the journalist, looking at the state of the ladies working that night, they’d have to pay me for the honor of allowing them anywhere near the Shallow Man’s beautiful bespoke three-piece suit, and his well trained body. I politely declined all offers, no doubt breaking the hearts of several ‘entertainers’ that evening. 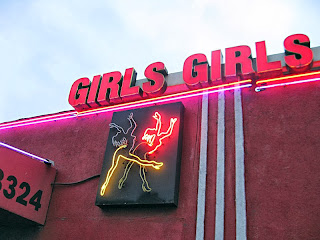 Thus ended another cultural evening in Amsterdam. My advice to any gentlemen visiting the establishment mentioned above is quite simply:  before feasting on the assets of the dancers, in order to prevent going home with food poisoning, I suggest that you politely ask the lady in question if she wouldn’t mind cleaning them first with the item below. 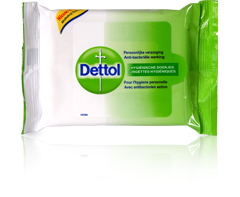 Keep the puppies free from bacteria

No Silicon valley workers were hurt during the writing of this article.

Old Love and Fine Dining in Amsterdam at Jaspers