Having cleared up the unfortunate misunderstanding about what our square headed Eastern European host, Dragan thought was a request for Russian ladies, I received the requested serviettes and did the best I could to dry up my beautiful mohair trousers. I then rose to use the facilities of the house in the hope that they would have a hand dryer there.

On the way to the bathroom, I passed the thuggish looking football fans, whom I was informed by someone who had an interest in these matters, were wearing F.C. Zwolle football shirts. The jean wearing Dutch ladies, who smelt like the inside of an ashtray after a nights service at Bar Italia on a Friday evening were now talking loudly with the cheap suited estate agents. Being typically loud as many Dutch women are, I couldn’t avoid hearing snippets of the exhilarating conversation. Imagine someone speaking as if the upper lip is totally frozen and chewing on a toffee at the same time and you’ll get a good representation of how they spoke.

“Yes, I am from Het Gooi” (A part of the Netherlands that is so posh, even the cleaners have cleaners)
“My mothers new Porsche Cayenne is ok but I still prefer the Range Rover”
“My Father sits on the board of one of the worlds largest companies”

In spite of all of the above thrilling information they were still dressed like Latvian peasant farmers at harvest time. Having reached the bathroom I was relieved to find a dryer and having spent some time making myself look elegant and stunning as always, proceeded past the Estate Agents and shouting ladies, by the leering football fans who couldn’t quite decide if they should be looking at the entertainment going on the main stage or the shouting, modest lilies of the Gooi, one of whom now had her head so far into the mouth of one of the estate agents that I assumed she was looking to retrieve his dinner.

As I sat down, Dragan our excitable host suddenly reappeared out of nowhere. “You drink more Vodka?” he asked with widening eyes and hands rubbing together.  “No thank you old chap, we’re still enjoying our first bottle, or at least what’s left of it. Do you have any more women from different countries working here?” I asked knowing what the inevitable response would be. “Of course”, he responded. “If you like a girl so skinny a bird could mistake her for a twig and take her away to use to build the nest, we have a Latvian. One word of warning, hide the Vodka before she gives you a dance, this girl drinks heavily. If you like a woman that is efficient, a bit bossy but give good show, we have a German girl and tonight that’s all we have working.”

We opted to wait before we selected the evenings entertainment and being the highly educated chaps we are had an intellectual discussion about the merits of German versus American pornography. 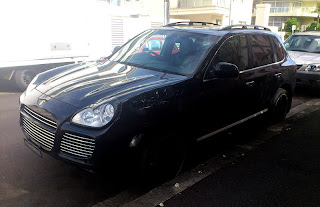 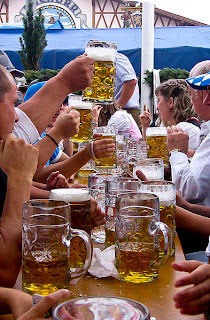 Schmoozing at the Conservatorium Hotel in Amsterdam