Tales from an Amsterdam Strip Bar

A visit to an Amsterdam Strip bar

As a fully rounded mature forty-something male with a broad appreciation of the performing arts, I and a couple of fellow culture vultures decided to partake in an evening of performance art.

Upon arriving and recognizing us as obvious experts in our field a helpful gentleman with an east European accent ushered us past the readers of the Telegraaf, the Dutch equivalent of the Sun newspaper. We passed a football supporting mob elegantly dressed in football shirts that cost as much as a week of their income and the nervous hyena-like giggles of a group of woman with bad hair, jeans (naturally) and the smell of cheap cigarettes. Nearby, trying to get the girl’s attention was a group of seedy looking men with slicked-back hair and cheap suits, obviously local Makkelaars/Estate Agents.

The VIP area of an Amsterdam Strip Bar

Taking us to a “VIP” corner, i.e. we will milk you like a Gold digger ploughing her way through the bank account of her footballer boyfriend, he politely asked us “what you drink gentlemen?” having decided on a bottle of eye-watering expensive Vodka, our host explained the origins of that evenings performing artists.

“We have many pretty girls, Estonian, Bulgarian, Greek, Serbian, Italian” As he imparted this information with the excitement of a pickpocket at a music festival, the Vodka was brought to our table by an older, slightly overweight woman with the kind of face that could sour milk and bring terror to the hearts of Pit Bulls. She slammed the Vodka on the table along with some glasses and stalked off foul-tempered back from whence she came.

Our genial and excitable host continued with his trip around the world of the origins of his performers. “You like a bit of fat on a woman? We have British girls, you like a woman that talks too loud and has badly cut hair? We have Dutch girls. Do you like a woman that looks like she was a sparring partner for Mike Tyson? We have Polish girls. Do you like a woman with a bad attitude and short temper? You have French girls?”  I asked knowing what was coming next. “Oh yes, we have a French girl working she is beautiful” as he said this, he gestured with his hand and knocked over the bottle of Vodka which was in an ice bucket whose contents fell on my beautifully made bespoke mohair trousers. “Can you get me a serviette?” I asked. “Serviette? Serviette?” He asked his voice rising. “I’m so sorry sir we don’t have any Russian girls working here tonight. (Soviets) 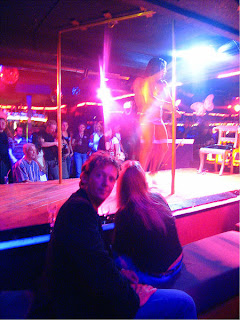 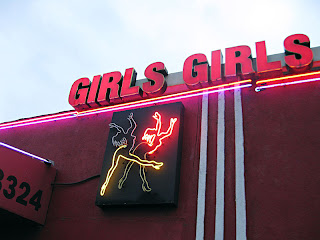 Places to Eat During 24 Hours in Amsterdam

Two expat events in one night