The Kinderombudsman Zwarte Piet and Discrimination in Dutch schools

As a black foreigner living in the Netherlands, I went through several phases when I first came across Zwarte Piet. Prior to moving here, I’d never heard of ZP, so you can imagine my surprise the first time I saw a group of white guys blacked up and dressed as Zwarte Piet.  My reactions and the subsequent phases can be described as follows:

My reaction to seeing Zwarte Piet the first time

“But, but, I thought that the Netherlands was supposed to be a tolerant and open country, how can you still have blackface?” To which the typical response was. “ZP has NOTHING to do with blackface. Apart from the fact that both involve white men (and women) blackening their faces, putting on afro style wigs and lipstick, they have nothing in common AT ALL!”

Upon being told that he wasn’t black, it was just chimney soot, no one could answer the following question. “So if a blonde Dutch guy goes down a chimney, why does he come out with afro hair, bright red lips, a chocolate brown face and golden earrings?” 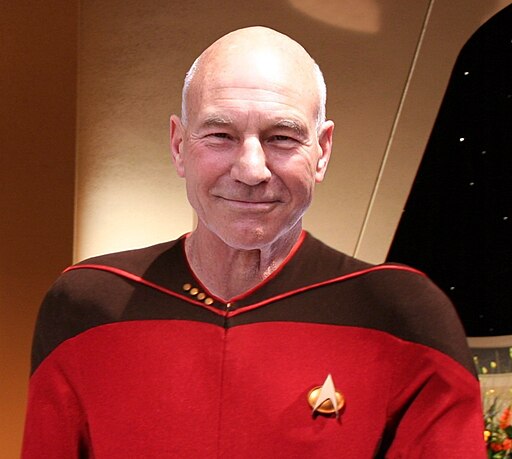 After going through the chimney

I was told that his appearance wasn’t an issue at all for people of color living in the Netherlands. In fact, I was led to believe that ALL kids loved Zwarte Piet. In every subsequent social media discussion about ZP, at least one original thinker kept posting a photo of a Zwarte Piet parade with a couple of black kids watching. End of discussion! What they should have said was that all (white) children love ZP. Which is fair enough.

“It’s only Americans and left-wingers that have a problem with the appearance of ZP”. This was usually followed by the statement that I’ve come to know and love almost as much as my three-piece suits. “If you don’t like it here, rot op naar je eigen land!”

Zwarte Piet and Sinterklaas have always been here. There were no complaints before but now it must be changed. This is our culture that you’ve got to adapt to. If you don’t want to do that, go and live somewhere else. (Even if you’re born here)

Recently the Dutch Kinderombudsman (the ombudsman for children) published a report that challenges the claim often made by Zwarte Piet supporters, that the children of minorities in the Netherlands have no problems with the appearance of the traditional Zwarte Piet. Which brings me to the subject of today’s post, the Kinderombudsman, Zwarte Piet and discrimination in Dutch schools.

Q. “What the hell is the Kinderombudsman?”

The Kinderombudsman is a role that is part of a UN treaty on the rights of children. The Netherlands ratified the treaty and the role has existed here since 2011. It’s an independent office that promotes the rights and welfare of children and young people up to 18 years old living in the Netherlands. The Kinderombudsman also deals with complaints made by or on behalf of children in relation to the actions of public organisations. The role is currently held by Margrite Kalverboer.

Q. “Why is she interfering with a much loved Dutch traditie?”

Following complaints from both children and adults, she decided to investigate the role of the traditional ZP and its impact on children in the Netherlands. She interviewed both white and minority children aged between ten and sixteen years old. The results of her research show quite clearly that minority children in the tolerant paradise known also known as the Netherlands, face racist comments all year round, but the worst period for racial abuse is during the Sinterklaas season.

Experiences of some minority children during the Sinterklaas season

A thirteen year old told how he had pepernoten (the traditional cookies handed out by Zwarte Piets),  thrown at him and was called ZP. Another child told her that during the Sinterklaas season a film was shown at school of a bunch of thieving and rioting Zwarte Piet’s. His teacher then said “Black people are thieves”. As the teacher said this, everyone in the class looked at the black child. There was a consistent theme of minority kids being called Zwarte Piet or apes during the Sinterklaas season.

In the Netherlands they call black kids apes? I’m offended

The conclusion of the Kinderombudsman report

“The current form of Zwarte Piet as part of the Sinterklaasfeest can lead to bullying and discrimination and as a result of this conflicts with articles 2, 3, and 6 of the international law for the rights of children.  She also concludes that the appearance of the traditional Zwarte Piet should be changed so that children of color don’t experience any negative effects and that every child can enjoy and celebrate the Sinterklaasfeest.

The Reaction on Dutch social media

Predictably, within a few hours of the report being made public, there was total uproar. Lots of defensive ZP supporters complaining how Dutch traditions are being ruined by a ‘kleine minderheid’/small minority’. The logical conclusion of such comments being that even if the children of minorities are being racially abused due to Zwarte Piet, it’s not really a big deal, and the most important thing is that things should carry on as before.

“There’s no problem with Zwarte Piet!!!”

One of the arguments on Dutch social media is that as Zwarte Piet is a hero to kids, black children should take it as a compliment if they’re called this.

As with Anouk, Doutzen Kroes, and other Dutch people that have spoken out publicly against Zwarte Piet, since the publication of the report, the Kinderombudsman has been receiving death threats. This is how to have a civilized debate, issue death threats from behind the safety of a computer screen.  Sadly for the internet death threat warriors, she has filed complaints with the Police, so hopefully they’ll find themselves in court soon.

They’re trying to take away the jobs of black people

The Jumbo chain of Dutch supermarkets have announced that this year they won’t be stocking any items featuring ZP or Sinterklaas. The Hema, De Bijenkorf and several other organisations have in recent years stopped selling or featuring ZP goods. Each time such an announcement is made, thousands of angry Dutch people go on social media and claim that they’ll boycott the store in question until the good old red lipped, afro haired Piet is plastered all over the stores again.

This has had no effect on the policies of the stores at all, and probably those shouting loudest on social media, forget about their ‘boycott’ once all the social media likes stop coming in.

“If they stop selling me, please boycott the store”

Q. “But I thought that no Dutch person has ever seen a link between Zwarte Piet and people of color”

Whenever I’ve discussed this subject on social media forums such as Expats in the Hague, which a lot of Dutch people participate on, one of the common justifications for keeping ZP as he is, is quite simply that no Dutch person in history, has ever made a connection between the appearance of ZP and black people.

So where are these kids, calling their classmates Zwarte Piet, getting the idea from? The answer quite simply, is from their parents. The heated social media debate about ZP in recent years has not been lost on children, who often end up repeating the comments they’ve heard their parents making.

Change or cling on to tradition?

It’s clear from the Kinderombudsman report that the Sinterklaasfeest isn’t enjoyed by all children. As I see it there are two options.

1. Those kids that don’t like it can rot op naar hun eigen land

Even if they were born in the Netherlands.

2. Make minor changes to the appearance of ZP

A response might be “why should we change our traditions because a tiny minority don’t like it?”  The children interviewed, both white and minorities, had no problem with removing the afro hair, redlips, earrings and brown skin of Zwarte Piet so that he can be enjoyed by ALL children, not just the majority. Which shows yet again that children are often much further along than their parents.

It seems that there are some native Nederlanders whose sense of entitlement is so advanced, that they’d rather see minority children face racial abuse, than make a few minor changes to something that they loved as kids themselves. In fact it’s probably fair to say that prior to any blacks coming to the Netherlands, no one had an issue with Zwarte Piet at all. What a surprise!

No tolerant and open minded people were hurt during the writing of this post.

Till next time, not all traditional Zwarte Piet supporters are racists, but most racists certainly support the traditional appearance of  Zwarte Piet.

Anyway, with so many more important things going on in the world than the racial abuse of children in the Netherlands, don’t worry be happy!

Geert Wilders Call For A Ban of Zwarte Piet