The Women of Europe SWOT Analysis

In the second part of the Shallow Man’s ‘let’s express opinions that have no basis in fact, and are entirely subjective,’ (business as usual you might say) I’m pleased to present a SWOT analysis of the women of Europe based on my own personal experiences.

Now I’m aware that this might upset some, (I apologise in advance to the Amsterdam Mama’s group who have issued a fatwa against my perfectly dressed self) and to anyone else this post might upset, but the truth must be told. If as a result of this post I’m hunted down by a group of angry, humorless feminists, who will then force me to read fat is a feminist issue, I’ll try to look into the eyes of my detractors, only the eyes, and will say, “Doe je best, jullie saaie humorloze heksen”.

The women of Europe SWOT analysis

Having spent some time in the consulting field in the past, I’ll use a popular methodology called the SWOT  analysis(strengths, weaknesses, opportunities and threats) to quantify my views of women I’ve known from different nationalities.

Russian ladies (the ones I’ve known) know how to dress. They are uber feminine.

Not strangers to high heels

Can apply makeup without looking like pennywise the clown.

Creative and unpredictable between the sheets.

If a Russian girl is interested in you, there’s no messing around, they’ll have you out of your custom made three-piece suit faster than an Englishman coming up with excuses as to why the team didn’t win a single game in the 2014 world cup.

Like the classic E-type Jaguar, the Russian women I’ve known had a tendency to be high maintenance. The mindset appeared to be “you like the bodywork and high performance, it doesn’t come for free.”

A chance to learn about the complexities of Russian culture and to meet her friends who will also usually be stunning.

I moscow onto the next nationality.

While lacking the natural looks of Dutch girls, they tend to compensate for this with incredible style and natural femininity

The sexiest accent on the planet, “Shallow Man you are so immature that it makes me sick” sounds sexy when said with a French accent

Require lots of attention and expect their men to chase, chase and chase them.

Plenty of chances to learn more about everything French

French girls in Amsterdam, often only mix with other French people. This can become incredibly tedious if you only have schoolboy French, and being part of a French monoculture while living in Amsterdam can become tiring. 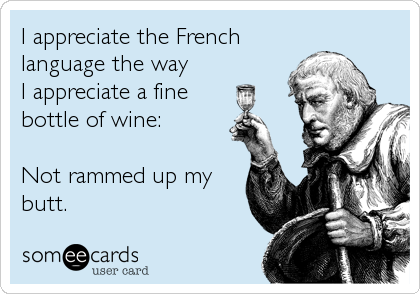 Uncalled for optimism, hot pants and short skirts on legs that would be better covered in trousers or a long skirt.

What do you mean I drink too much?

Excessive alcohol consumption often leads to waking up with the wrong partner, or boring said partner to death about how they don’t normally act like that and the drink made them do it.

Incredibly direct when it comes to dating, if a Dutch girl wants you out of your Armani jeans, they won’t waste time pretending to be a virgin

Dutch women often dress as if their clothes have been provided by a UN emergency aid package, airdropped into the country during a time of war.

Avoid women who say “I dress to be comfortable” this equates to I don’t a give a mouses droppings how I look.  “Yes I’ve just been helping out at my Grandfathers allotment, and will now go out clubbing wearing the same clothes, so what? Accept me as I am”

Put them forward to appear on what not to wear.

Once you move in with her, she might start cutting her own hair

If she gets pregnant, she might want to give birth at home.

If you can get past the ‘Zalando is the epitome of global fashion, and they can bury me in jeans and slip ons’ mentality, my advice is go Dutch. Think of Dutch women as the human equivalent of the Lexus LS600, a boring looking car, but the performance, Godverdomme!

Yes she dresses badly but what performance!

All views expressed are my own personal opinions. Don’t shoot the exceptionally well dressed messenger.

Tinder Dating Tips, Part One of a Continuing Series