The Shallow Man continues with his series about our hero, the expat. In the previous post, the expat learned how to socialise with Dutch colleagues, so it was only natural that the next step in his expat journey would be dating the Amsterdammer, which brings me to the subject of today’s post.

New Yorkers, Londoners, Parisians, all have their quirks and foibles. Capital cities often attract all kinds of people for many different reasons. For Dutch natives, they often experience Amsterdam initially as students, and then the thought of returning to the backward little village where they were born, makes them break out into a cold sweat, so they stay in Amsterdam. Others fall in love or decide to stay in the city as there are many job opportunities available. Amsterdam has more women than men, and a huge number of singles, which brings me to the next part of the story.

Now this post might be upsetting to some, and if as a result, I’m rounded up by a bunch of University of Amsterdam students, and am forced to join them at the cooldown cafe on a Thursday night, and listen to them whining about how expensive it is to live in this wonderful city, I’ll say to my enemies. “Ga terug naar het platteland jullie domme dorpelingen”

The expats initial encounters with Dutch women hadn’t so far been promising. While at work one day, he’d attempted to make polite conversation with Noortje, his departmental secretary. “So what are your plans for the weekend?” He’d asked her, not in the least bit interested in any answer she might have provided. With a knowing look and an unusual glimmer of intelligence, something that he’d yet to see in her in their dealings thus far, she responded: “expat, I have a boyfriend, so I’ll be spending the weekend with him”.

Lucky man, thought the expat, spending a weekend with a woman who has a nosebleed if she has to count from one to ten. “I don’t know why you expats always hit on us Dutch women. I know that we’re beautiful, but we are not easy, yes, we like to have sex on the first date, but that’s only to make sure that he knows what he’s doing in the bedroom, we don’t want to waste our time with a man that can’t keep up with us, we Dutch women are demanding both in and out of bed”. The expat resisted the urge to tell Noortje that if they were the last two people on the planet, that he would sooner eat his own genitalia rather than allow her access to them, but in the interests of professionalism he left it at that.

The motto of the modern Dutch girl

The expat had thus far, not made any Dutch friends. He’d attended several of the many expat events that take place in Amsterdam and realised that they tended to follow a pattern, with the same questions being asked over and over again.

“where are you from?”

“where do you work?”

“how long have you lived here?”

“what do you think of Amsterdam?”

They were an interesting collection of people, who he could quickly categorise within seconds.

“Hey Roberto, you go for the Russian, I’ll go for the Romanian, Antonio, you’re the tallest so try for the Dutch woman”

The expat had decided that he’d sooner go out and meet local Amsterdammers.

The city that fashion forgot

The expat, having spent time in Paris, London, Frankfurt and New York was initially shocked by the fashion sense of the typical Amsterdammer on a night out. The men appeared to wear a standard uniform of brown shoes, jeans, a shirt and a suit jacket. As for the women, the expat could only shake his head in disbelief and say “oh my good God, what the hell has happened here? Has there been a war?” Dutch women were in the humble opinion of the expat, beautiful, probably in fact one of the most gorgeous women in Europe if not the world, but the way they dressed!!!!!!

Frankly, my dear, I don’t give a damn

Dutch women ran around the bars of Amsterdam dressed up as if they were about to rob a gardening store. Clumpy, shapeless cheap and nasty looking boots or shoes so flat that they’d probably have difficulty stepping onto a pavement in them. Jeans, jeans and more jeans. Denim with everything. Tops that looked as if they had just stepped out of a yoga class, or had been laying paving stones for the gemeente. Hair that looked as if they’d either cut it themselves or had recently survived being tied to an electric chair and had thousands of volts shot through them.

“Fashionable but the heels are a little too high” Mies, was always prepared to hop on a horse in case her bike was stolen

The only thing the majority of the women seemed to have going for them was that in spite of all this, they appeared to be in great shape, often had long legs and great bodies and beautiful faces.  He understood why the Shallow Man had made the comment that a Lamborghini with a bad paint job, was still a stunning car. It appeared that lots of Dutch women just didn’t give a damn how they looked, the attitude appeared to be, take me as I am or go to hell. Hell had never been an attractive option until he moved to Amsterdam.

The Good, the bad and the Ugly

On Friday nights the normally cold and conservative Amsterdammer goes absolutely wild. The expat along with a couple of friends he had visiting Amsterdam for the weekend, decided to do a quick tour of Amsterdam locals.

They started with a superb meal at Mystique followed by a couple of cocktails in the bar downstairs, which had a nice mixture of locals and expats, good music and a civilised atmosphere.

The expat decided to take his friends to Bar Italia, a popular place in Amsterdam. The first thing that hit them as they walked through the door, was the smell of cigarette smoke. In spite of an anti-smoking law that had been passed years ago in most European countries, it appeared that every second person was smoking. The expat’s friends were shocked by this, as coming from London and Paris, places that also had anti-smoking laws, but actually enforced them, it was amazing to be in a city in the centre of Europe where people quite openly flouted the law.

The expat explained that this was typical Amsterdam and that the Amsterdammer simply ignores laws that they don’t agree with. For example, even though it was dark by now, there were many cyclists happily riding along without a single light on their bikes, the reasons being that:

While waiting to be served at the bar, the expat was discussing this in English with his friends when a couple of Dutch women, dressed like clones that had escaped from a research facility, wearing the Dutch female uniform of horrible brown suede flat boots, jeans taken from a freshly buried corpse, and tops that they’d obviously put on during a power cut, interrupted the conversation with a loud:

The expat: “have a guess”

Dutch woman “Well you’re wearing a three-piece suit so are definitely not from here, are you from the US?”

Expat: “I’m a global citizen, wherever I lay my Playstation is my home”

Dutch woman “PLAYSTATION? I Would never allow one in my house. So are you living here?”

Dutch woman “DO YOU SPEAK DUTCH???”

Dutch woman “Sorry hoor?” laughs, “so you do speak Dutch”

Dutch woman “What did you say? Hold me back?”

Dutch woman “Where in Amsterdam do you live?”

Dutch woman, voice becoming softer “oh nice area, what do you do again?”

The expat being extremely polite, obliged. He felt as if he’d put his head into the jaws of a Lion, she practically ate him alive. She had him gasping for oxygen, while his friends looked on in shock.

The Dutch women suggested going onto a place called Bubbels near Leidseplein. After queuing for awhile they entered a place with loud terrible music, but more hot Antelope than a Kenyan safari. Everyone appeared to be drunk, high or both. The music was getting louder and louder, within a few minutes of entering both of the friends of the expat were pulled aside by women. One of the Dutch women with whom they entered the bar with had seen a guy she liked and then proceeded to chase him around, like a leopard stalking a warthog. He continued kissing with his Dutch female companio, and being a gentleman, shared no further details of what transpired later that night. 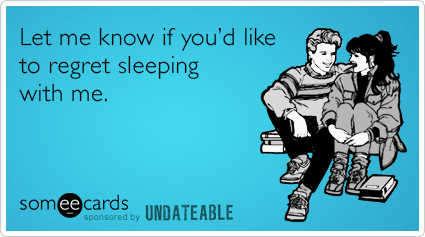 No women who dress to be comfortable were hurt during the writing of this post.

My First Two Dates With Dutch Guys in the Netherlands