The joy of the Dutch works council

The joy of the Dutch works council

Firstly, to all the ladies running around Amsterdam wearing denim skirts, nooooooooooo, don’t do it, please, the Shallow Man begs you. Dat is niet fijn hoor!

The expat, assigned to the Amsterdam office of his organisation to improve things, would certainly agree with me. He’s been adjusting to life in the Netherlands and having started dating Amsterdammers, now has to face an even bigger challenge, working with a Dutch works council, which brings me to the subject of today’s post.

The Shallow Man is from the UK, where Margaret Thatcher did her best to destroy trade unions and make them largely irrelevant. Before you start filling my inbox with corrections, yes I’m well aware that works councils are not unions, just as I also know that leggings are not pants and that if you enjoy a convenient life to get someone else to handle your Airbnb bookings.

In the workers paradise sometimes known as Holland, all organisations employing a hundred people or more must have a works council. We’ll discuss the expats experiences with them in today’s story.

Now this post might annoy some people, and if as a result I’m rounded up by a bunch of works council representatives, and am forced to drink cheap coffee while listening to them explain why they are needed, I’ll say to them “you’re only on the workers council to avoid doing any real work, drink your coffee and hou je bek!”

Being a firm believer in openness and transparency, the expat had mentioned to his direct reports that he planned to carry out a reorganisation of his business group. He was surprised an hour later to be called in to see his his local manager, the Chairman of the Dutch firm, Rob van Achterbaks. As the expat sat opposite the Chairman, with a loud sigh, he said, “Expat, I’ve received several complaints that you’re planning a reorg is that correct?” Somewhat surprised the expat responded “yes, but I only told my direct reports just to give them a heads up, I haven’t even started yet”. Shaking his head the Chairman said “there you see expat was your first mistake. Never, ever, tell your staff anything at all, about what plans you have in store for them. Now the works council are asking questions”.

The expat had been briefed on the function of Dutch works councils. “I thought that they only had to be involved once I’d developed a formal plan, it’s just a concept right now”.

The Chairman, looking stressed “You must understand that even if you are thinking about making any changes the works council have got to be informed, for example, how do you come to the office?”

The expat responded “I use Uber”

“Ok you use Uber, so if you’re in the back of the taxi and you have an idea that might lead to changes, what do you need to do?”

“What if I’m having sex, and I start thinking about a reorg?”

“Email the works council as soon as it’s over, or if you’re having sex in the office, go and see them as soon as you’re finished.  They must be informed at all times about anything that can affect the employees”.

Power and the works council

“So the works council have far more power than I was led to believe”. The Chairman, laughed at this. “Power? They have no real power at all, the trick is to let them believe that they are important”.

“The representatives are elected by the workers. Usually hardly anyone bothers voting, so then employees that are largely useless at their jobs, but have been around for so long that it would cost a fortune to let them go, stand for election. Under Dutch law they can’t be fired while serving on the works council so it’s a job protection guarantee for them”.

“So we have meetings with them once a month, we serve quality coffee, much better than the swill in the machines, and I have freshly cooked warm stroopwafels delivered and served to the works council. You’ll be attending your first meeting with them soon, so here are some important words that you must never mention during meetings with them”.

Redundancy plans? First we need some more coffee and stroopwafels, then we can discuss it

The working class can kiss my arse, I’ve got the stroopwafel at last

The Chairman asked the expat “have you heard of the polder model? We use it here, the idea is to involve every possible person that could be affected by change, and then talk and talk and talk, and of course drink lots of coffee and eat stroopwafels. You’ve heard that ships turn slowly, well in the Netherlands we like to turn at about the same pace as an aircraft carrier. The most important thing with the works council is to talk and allow everyone, even the most unqualified people to express their opinions. Nothing ever changes, but they feel important that they were involved in the discussion.  You have to remember that even if you make changes, your team are Dutch, they won’t listen to you anyway, and will continue working the same way they have done for years”.

Like windmills, meetings with the work council revolve but don’t go anywhere

The expat attended his first meeting with the works council. There was lots of discussion about how tasty the coffee was, and lots of appreciative noises made about the stroopwafels, which the expat had to admit were pretty damn good. The meeting went on for hours, the expat was able to mentally complete his shopping list and plan the places he intended to visit in Amsterdam. No decisions were made about anything at all. 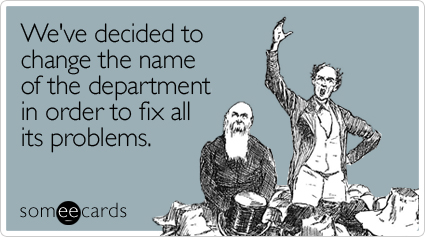 Why millions are spent on management consultants 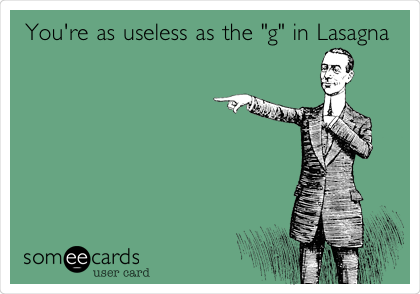 Description of the works council

The expat learned a valuable lesson about the works council.

With this in mind the expat was able to implement a major reorg with barely any opposition from the works council.

No makers of stroopwafels were hurt during the writing of this post.

The Easiest Way to Find A Good Cleaner