The Expat lady strikes back

In the first part of this story, we met the expat lady and Koen, a charming man who believes in telling it like it is. In short, he’s direct and bloody rude at the same time. Here’s part two of our tale.

In spite of Koen’s obvious shortcomings, the expat lady found him to be entertaining company, and sweet in a bull in a china shop kind of way. He also made her laugh out loud.

A couple of days went by and she hadn’t heard from him, so she decided to text him.

Expat Lady : Hello Koen, how are you?

Koen: Ahaaa, you couldn’t get enough of the Koen

Koen: You are regretting not taking the opportunity to have sex with me

Expat Lady: Regret, isn’t the word I’d use in this respect, but if it makes you happy to believe that….

Koen: There’s a Dutch saying in Amsterdam, once you’ve had the Koen, you’ve got to have more very soon

Expat Lady: Oh so you’re a promiscuous man then?

Koen: NO WAY! I’m two hundred percent hetero. Let me come to your place right now and I’ll prove it

Koen: You know that Koen has very big feet, and you know what they say about men with big feet?

Koen: What do you mean? My sperm could swim the Atlantic.

Expat Lady: I’d really like to get that picture out of my mind

Koen: I’d send you a picture of my lul, but the smartphone camera lens isn’t wide enough

Expat Lady: ?????!!!!  I’m not sure what a lul is, but don’t like the direction this conversation is taking

Koen: Sorry, didn’t realize I was speaking with a zuster, a Nun. I guess that means that I’m getting none then, hahaha 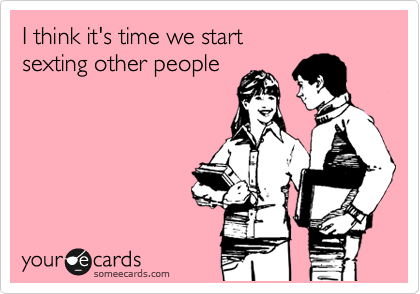 They texted back and forth for several days, and she did her best to keep the conversation clean. They finally agreed to meet for a drink at the bar and brasserie of the Conservatorium Hotel.

She decided that she wanted to make a good impression, and took her her time applying makeup, perfume, and choosing a classy but sexy dress. She color matched the shoes she wore with the lipstick she chose and felt that she looked stunning. This was confirmed by the reaction of the Uber driver who took her to the hotel.

As she entered the lobby, several heads turned to look at her. She took a seat in the lounge area and sank into a sumptuous leather sofa. The interior was breathtaking, floor to ceiling windows topped off with a glass roof. While waiting for Koen, she ordered a glass of Chablis. She was drinking this when Koen arrived wearing the same outfit he wore on the evening they first met. He awkwardly gave her three kisses on the cheek. As he sat down his face took on an expression of concern. “I’ve never been here before, this place looks expensive. I thought you said we were meeting for a drink?” Pointing to her wine glass she said: “this is a drink, it’s Chablis, and it’s delightful, would you like one too?” Koen was still taking in his surroundings. He didn’t appear to appreciate the stunning interior design and looked none too pleased with her choice of venue.

Pork is the aroma of romance

“When you said a drink, I thought you meant coffee, this place is over the top” A waiter appeared and asked if Koen would like a drink. He scrutinized the drinks menu as if it were a contract with the devil. His eyebrows narrowed as he took in the prices, he finally settled for a beer. Once the waiter had departed he said: “are you trying to bankrupt me by choosing this place?”. She chuckled at this, “Oh come on Koen, you’re a software developer for a Dutch bank, I think you can afford the prices here”.  He didn’t comment, instead, he looked at her properly for the first time since he arrived then said, “you know that you look very good, but there’s no need to go overboard in dressing up. All that makeup you’re wearing, it’s a little too much. There’s no need to try and impress Koen”.

“Why do you think that my dressing up is to impress you? I dress this way as it makes me feel good. I might have made an extra effort, aren’t you flattered by this?”

The expat lady’s facial expression told him that he’d probably said the wrong thing. He quickly tried to explain himself. “Perhaps what I just said makes more sense in Dutch, but the meaning is that a beautiful pig doesn’t need lipstick”. Feeling as if she were having an out of body experience she asked him, “Koen, are you trying to say that I remind you of a pig?” His face reddening “Yes, I mean NO of course not, but having said that a pig is a beautiful thing you know?”

“No Koen I don’t know, please explain.” She crossed her arms.

“Well I mean, that a pig doesn’t care what people think of it, it just, I mean het doet gewoon, do you understand?”

“No Koen, at the moment, I believe that I’m having a drink with a man that has a pig fetish”.

“There’s nothing wrong with pigs. If the Palestinians and the Israelis would sit around a table with some beer and some pork, they’d be able to get their shit together”.  At this the expat lady laughed until her ribs hurt, while Koen sat there, feeling a little hurt by her raucous laughter. “I meant that metaphorically speaking,” said Koen, realized why she was laughing so hard. 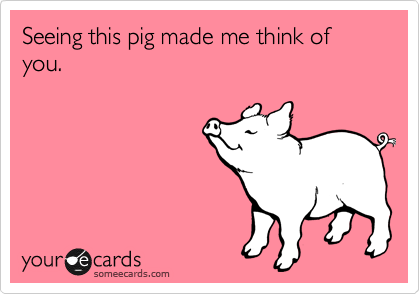 “Koen darling, let’s just forget this conversation happened and start again ok? No further mention of pigs for the entire night”. Koen saw an opportunity and grasped it. “Did you say night? So we will be having sex later, Koen wins the prize!”. He raised one of his hands in the motion of a high five.  She took his hands and gave him a sultry look. “Yes Koen, tonight we will be having sex, just not with each other”.

The last of the Dutch gentlemen

“Well my contract says forty hours a week, but in reality, I work at least sixty”.  Koen appeared to be shocked by this “Do you know that in the Netherlands you have a legal right to work part-time?”.  She explained that she wouldn’t be able to do her job on a part-time basis, nor would she want to. “Well, I guess you’re too old to have children so work lots of hours to compensate”. Not sure if she should slap him for his rudeness, she took a different tact. “For an IT person, you appear to be not very well informed. Many women are having babies at and over the age of forty nowadays, it’s also possible to do things such as having our eggs frozen”. In a booming voice, Koen replied “Is that why you are so cold towards me? Are your eggs cold? Hahaha” It was at this point that her patience had reached its limit.

She was pushed too far

“Ok Koen, I’ve no idea if the sure path to a Dutch woman’s bed is littered with insults and putdowns, that might well be the case, but as you know, I’m not Dutch, and I refuse to tolerate what I consider to be childish comments and rude behavior”. He considered her words for about thirty seconds then said “I’m Dutch and we are just direct you know? I don’t mean to be rude. I thought Princess Diana died many years ago but she’s sitting here with me right now, so SORRY PRINCESS”.

As soon as he said this, he realized that he might have made things worse, and surprised her by apologizing. “I’m sorry, I just get a little nervous around beautiful women in makeup and you’re so well dressed, you like a film star”. Now smiling the expat lady spoke in a soothing tone of voice “now Koen, that wasn’t too hard, was it? You actually paid me a compliment”.

Koen wasn’t too pleased that his date decided to stay and eat at the hotel’s brasserie. When it was time to get the bill he decided, to be honest (and polite) with her. “Listen, I’m doing my best not to say the wrong thing here, so bear with me a moment. Now the bill is pretty expensive, especially as you kept drinking wine and ate a starter and dessert. So what’s normal here in the Netherlands is that we go Dutch. On the other hand, if we are going to have sex after this then I don’t mind paying as then it’s a good return on my investment. So what do you think?”

Go Dutch or have the meal paid for sex, is he serious?

What would you do?

How would you react to Koen’s indecent proposal? Please answer on the discussion forum for this post below. The best answer wins a prize, I’ll give away a copy of the Amsterdam Confessions of a Shallow Man or the Shallow Man Guide to Dating the Dutch to the person that comes up with the best answer. The chosen response will also be included in the next part of this story.