Dutch directness and the expat lady

The Shallow Man is more politically correct than the Groenlinks party, therefore I was upset to receive the following message from a reader. “Shallow Man, while I’ve enjoyed your series of posts about the expat, why have you only focused on the experiences of an expat man? What about all the expat women living and working in the Netherlands, why haven’t you told their story?”

Having been well and truly told off, I was quite upset that in spite of my lekker PC credentials, I’ve failed to adequately cover the female expat experience. So to all of my female expat readers, Sorry hoor!  Wiping the tears away from my keyboard, I will correct this failing by telling the story of an expat lady in Amsterdam and her dealings with the world famous Dutch directness and Dutch men.

Now, this post might annoy some, and if as a result, I’m rounded up by a group of angry Dutch feminists, who then force me to read every issue of Opzij, while offering me only Unox ready-made microwave meals to eat. (Dutch feminists are too busy to cook). I’ll say to my enemies “het feminisme is meer dan schreeuwen, en kleden als een man”.

Call the UN this is torture!

The newly divorced expat lady was excited about her recent move to Amsterdam. She’d recently celebrated an important birthday and was keen to see if life really did begin at forty.

Her employer had provided her with a generous housing allowance and she was being taken around Amsterdam by a young looking giant of a makelaar. He was pretty handsome, even if his suit didn’t quite hang together correctly, and his pointed shoes looked dangerously sharp.

The first apartment they visited was described as having a fully fitted kitchen but didn’t have a proper oven. When she asked about this the makelaars response was “most of you expat women don’t cook anyway, so what do you need an oven for?” She politely insisted that an oven was a prerequisite for her, especially at the price she was prepared to pay for an apartment. This failed to sway the Makelaar who persevered “you know if you don’t have an oven you’ll eat less food, that will be good for your figure”. Somewhat amused by this, and flirting a little, she put her hands on her hips and fixed him with an inquisitive stare “are you implying that I’m overweight?”.

Completely unmoved and shrugging his shoulders the Makelaar replied,  “no you’re not bad looking for a woman your age, I hope that my wife looks as good as you when she gets older, but that’s far in the future so I don’t have to worry about that for now”. Deciding to take his comment as a poorly executed compliment, she decided to skip any subtle flirting (as it appeared to be wasted on him)  and concentrate on looking at apartments.

Several weeks later, she’d moved into an apartment in the Pijp neighbourhood of Amsterdam. The apartment contained an oven, which was barely used due to her working long hours. The expat lady had travelled a lot on business, and had no issue with dining alone, as was often the case while travelling. Obviously, she’d have preferred to eat with someone, but was not afraid of her own company, and didn’t care what people might have thought about her eating alone.

She’d eaten out alone several times in Amsterdam, and was somewhat surprised that even though she often sat in close proximity to tables occupied by women eating out together, that there was little in the way of female solidarity, or an attempt to engage her in conversation, something that she’d experienced in other countries.

Her first impression of women in Amsterdam was that they were not particularly friendly or open. One evening while waiting for the bill at a bar, she’d stood next to a Dutch woman and had attempted to make conversation with her. She was quickly and rather bluntly cut off with “what is it exactly that you want from me?” When she’d responded that she was only making polite conversation, this was greeted with “please don’t do that I’m not interested ok?” She realised that this was the famous Dutch directness that she’d read about, something that she was going to have to get used to. 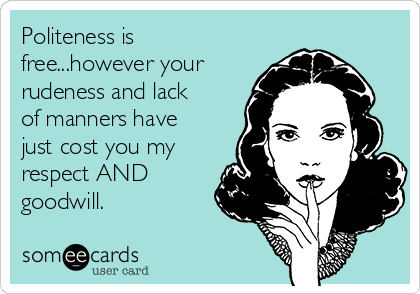 One evening she was dining alone at a local eetcafe when she spotted a rather attractive man sat at the bar, who with not a hint of subtlety kept blatantly staring at her. He appeared to be rather tall and rugged looking, with long hair and was dressed in pointy looking grey shoes, jeans, a blue checked shirt and casual blazer. ‘Not bad’ she thought, ‘even though his dress sense could do with some minor adjustments’. As the evening wore on, he continued to stare at her as if she were a lone gazelle that had strayed away from the herd.  Throughout the evening, his face turned deeper shades of red as he sat at the bar drinking. She thought it was an odd looking sight, to see what she presumed was a tall, masculine looking Dutchman, drinking tiny little glasses of beer. She was just finishing her dessert when he finally plucked up enough (Dutch) courage to come over and speak to her. 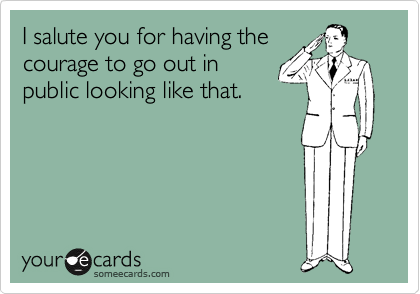 He stood awkwardly at her table, and in English said: “Hi I’m Koen, and my friends call me Koen for short, hahaha, do you mind if I join you?” She pointed at the vacant chair opposite her. “So errr, why are you eating alone, are you such a terrible person that you don’t have any friends?” She laughed at this. “Yes you’re quite right, I’m so wicked that nobody wishes to socialise with me, you’re taking a big risk even talking to me. Can I ask you a question, Koen? How did you know that I’m not Dutch? Why did you introduce yourself in English?”

He looked her up and down “Oh I could see you were not Dutch. You’re wearing high heels (they weren’t particularly high) and a dress, makeup and your hair is nicely cut. I said to myself, Koen, she is either a prostitute or an expat”.

She almost choked on her glass of wine at this. “Koen darling, you must learn that it’s not polite to just blurt things out like that”. Koen who was holding onto the biertje glass that he’d brought with him as if it were a set of rosary beads and he was praying to the Lord, appeared to take umbrage at this. “I wasn’t being rude, I’m Dutch, we are just honest”. Shaking her head, but highly amused she began to speak when he took out a smartphone and started reading something. “Koen, do you mind not looking at that while I’m talking to you?” Surprised Koen put the phone back in his jacket pocket “we are not even dating yet and you’re already bossing me around, I like that”.  The expat lady laughed and said, “Koen, if you’d like to get to know me a little better, you’re going to have to put a leash on your Dutch directness, I’m a lady and prefer a man to behave like a gentleman”. Leaning back in his chair, and stretching his long legs out so far that they brushed against hers “Hey, you know we’re in Amsterdam right? This isn’t Downton Abbey“.

The things he does for women

They stayed drinking and talking at the bar until it closed. Koen also lived in the same neighbourhood. As they left the eetcafe Koen asked her “where’s your bike?” When she explained that she didn’t have one and would walk home “You should really have a bike, if you cycle all the time, it will help you lose weight. You have a lekker kont (arse) but you’re only one step away from looking like Kim Kardashian, not that I ever watch her reality show”.

She was just about to tell him to keep his ‘compliments’ and Dutch directness to himself when with a straight face and spoken with a tone of voice that sounded as if he was doing her a favour. “You know I don’t mind walking you home and having sex with you”.

She politely declined his kind offer, but they exchanged numbers and she decided that she would definitely see him again. Whether he meant to or not, he made her laugh till the tears were rolling down her face.

No talentless reality TV ‘stars’ were hurt during the writing of this post.