How to Date Dutch Men, the Backlash!

How to Date Dutch Men, the Backlash

This post is about the reactions to an article I wrote about Dating Dutch Men.

Yesterday started well for the Shallow Man. At 7 am I jumped onto a Tram that was almost empty. I chose a seat and was already working on my next post for my faithful readers when I was approached by a rather scruffy- looking gentleman who asked me to get out of his seat.

“What do you mean your seat?” I asked, somewhat perplexed.

“I’ve been sitting in that seat every day for the last ten years, you need to move” he replied. I laughed and pointed at the near empty tram and advised him to sit somewhere else.

Amazingly, a few minutes later a policeman arrived and said to me: “Right, sir, you need to get out of the driver’s seat.” A simple misunderstanding, that escalated, which brings me to the subject of today’s post.

The Shallow Man has often been compared to some of the great diplomats and negotiators of all time: Kissinger, Clinton, Mandela, and Mr. Spock. In spite of this, he has never been on an ego trip, nor when arriving in Amsterdam from London could one say that the ego had landed. Like Uriah Heep in David Copperfield, the Shallow Man has remained humble.

As an aged and wise counsel to many Expats, the Shallow Man was asked to provide advice on how to date that most difficult of prey, the Dutch. In order to assist my fellow Expats in endeavors of the heart and other organs, and believing in equal opportunities, I wrote a tongue- in- cheek guide on how to date Dutch women and how to date Dutch men.

I did this with no concern for my own safety, knowing that it would be controversial in some quarters. The articles have been widely distributed, thanks to my loyal Facebook followers. While the response has been overwhelmingly positive, it appears that some have been offended by my posts, and I’ve received a number of suggestions to go back to where I came from. Fortunately, like male drivers of the Mini in Amsterdam, my critics are in a minority. The venom and the anger directed at the Shallow Man has been quite breathtaking, to say the least.

Below is a cluster of some of the negative responses received. Any typos have been left in as they were posted.

“Most of the posts in this blog are about the author talking as if he was superior to the people of the country he CHOSE to live in. It’s just a whole bucket of bitterness. If you hate the Netherlands so much,  just go back to England, darling. Easy.”

“What a ridiculous, arrogant, untrue post. It’s not even funny, it’s downright offensive.”

“I’m sorry but this article is B.S. and I’m commenting from the standpoint of someone who is not “needing to date” and therefore a neutral standpoint. To say the least, this is not worth sharing in a page. If you don’t like dutchies, don’t date them, there is no need to make a science about something so natural. and most importantly if someone doesn’t like Dutch culture, he/she is free to move from here. and lastly, it generalizes people, whereas in my experience there are different people every where and still similar across cultures, in my experiences passing generalizing comments is ignorant!” 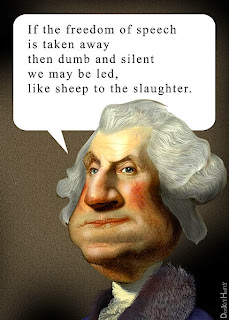 “As an expat my whole life I can only say this article shows no respect from writer towards his host country. Go back home to London my friend.”
“I find this article disgraceful, disrespectful and offensive to my Dutch friends. I shared it on Facebook to name and shame you – not receiving any positive comments. I am a Canadian living in Amsterdam who has learned to embrace the differences & not ridicule my host natives. Perhaps it is time to return to your native city of London since Dutch people are so offensive to you” 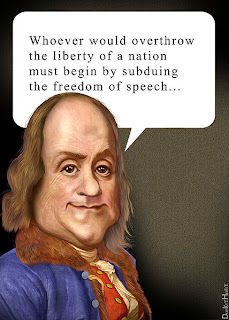 Being a man of science, the Shallow Man subscribes to the theory that, if a hundred monkeys were locked in a room with a hundred typewriters for five years, they would come up with the following text:

Going back home to London at the request of my readers

The comments above are pretty representative of the negative feedback received. I certainly seem to have hit a nerve with some. The positive posts significantly outweigh the negative ones, and as a supporter of freedom of speech I respect the right for people to have an opinion, however, I do wonder why people think that telling me to go home is the worst possible insult to throw at me. Strange but amusing. The Shallow Man has Dutch friends, loves living in the Netherlands and will continue to make observations about my experiences here, no matter how much it upsets some people. If my posts are offending some people, the book will blow their minds.

No sensitive and humorless flowers were hurt during the writing of this post.

Till next time. Have a Jolly weekend.