In our continuing series about the adventures of a man known only as the expat, time has moved on somewhat. He has become better at socialising with Dutch colleagues and has been doing so well on the Amsterdam dating scene that he’s now on the verge of having a serious relationship with a Dutch woman. This brings me to the subject of today’s post, the expat, the Dutch Woman and the Wardrobe.

The Shallow Man couldn’t resist making a joke or two about Zwarte Piet, if this angers anyone, let me know and I’ll volunteer to watch every episode of girls season one as punishment.

One of the many joys of living in Amsterdam was the sheer number of nationalities one could come across.  The expat had dated a Russian woman, but after several dates, he felt as if he had been undergoing open wallet surgery. He’d been out several times with an English girl, but all he had to show for his efforts thus far were several major hangovers and some drunken snogs with the lady in question. His teenage years were long behind him, and drunken clinches at the end of the night were too reminiscent of days thankfully long past.

The expat threw himself into his work, and fell back into the usual routine of being patronised by his HR business partner, and discouraged from making any changes that might improve things by his manager.

One evening while having a cocktail at a secret bar in Amsterdam, he was spoken to or better said spoken at by a particularly attractive specimen of Dutch womanhood.  Standing at 1.84cm, brunette, blessed with considerable assets and wearing flat shoes and a pair of jeans that were so tight that he immediately had visions of talcum powder and baby oil being used to get them on, and more importantly started picturing mentally how they could be removed. Her name was Anouk and she was hotter than a freshly made tray of bitterballen.

He experienced a variation of the usual interrogation that Dutch women tend to give expat men. In fact, the expat had been asked the same questions so many times that he couldn’t help but wonder if there was a standard script in circulation being used by Dutch women in Amsterdam.

This time a new question had been added to the standard ‘is this expat worth talking to?’ script.

Question seven. “So what do you think about Zwarte Piet?” As she asked him this question her eyes narrowed and her spectacular body became tense. Now the expat had two options.

As he thought about this he looked her up and down. From the boring flat shoes to the incredibly lovely long legs trapped inside the tightest jeans he’d ever seen. Breasts that made him think that if he were ever on a shipwreck with her, that they would keep him safely afloat for days. A gorgeous face, with wonderful bone structure and lips that seemed to say “kiss me you fool, right now”. Obviously, he chose option 2.

Attempting not to laugh he said  “Zwarte Piet, yes I’ve heard of him, isn’t he a symbol of black equality? A kind of civil rights figure, in the mould of Malcolm X, the Black Panthers and Nelson Mandela?” Relaxing her tense body, Anouk leaned into him and speaking rapidly said “yes you’re right, Piet was a freed slave. Sinterklaas offered him a job above the minimum wage, and he symbolises the independent and entrepreneurial black man. Did you know that nowadays he even shows Sinterklaas how to do online banking and use an IPAD, did you know that?” 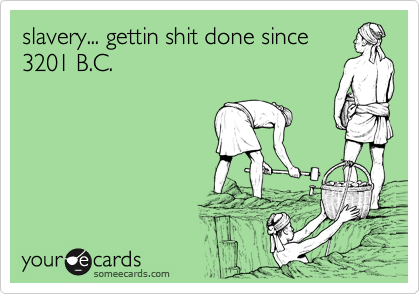 With the tension broken, they went on to have a good evening, and when Anouk pretty much demanded that they meet the next day for lunch, he gladly agreed.

They met for lunch at an eetcafe.  He arrived early and saw her approaching his table from a distance. It was pretty difficult to miss her. Her hair was tied into a bun, and she strode confidently across the cafe to where he was sitting. He was somewhat disappointed to see her wearing a short denim skirt with white leggings and a pair of shoes that were even flatter than the ones she wore the previous evening. She topped this off with a top that had a kind of leopard skin print and she appeared to be wearing very little makeup. The outfit was terrible, it was like receiving quail stuffed with grapes served in a newspaper. As she joined him the following thought ran through his mind,  “think about the contents, not the packaging”.

Another unpleasant surprise during their first date turned out to be that she worked as a HR manager. “It’s difficult to do my job as people are always pestering me with stupid questions. I always say to them, READ THE EMPLOYEE HANDBOOK,  but they still bother me with trivial questions. I mean really, they need to take time off to look after a sick relative, talk it over with your line manager, don’t waste my time, what am I A SLAVE?”

The expat asked her “so you don’t like your job then?” fixing him with a surprised look she responded “oh I love my job actually, but it would be so much easier if the FTE’s would sort out their own problems”

At the end of lunch, the expat offered to pay the bill, but for his troubles received a long lecture on Dutch feminism, and how independent Dutch women are. “We Dutch women can be stay at home mothers and feminists at the same time. So even though Dutch women work the least hours of any OECD country, we keep telling ourselves and every person that will listen that we are feminists. Even if forty-eight percent of Dutch women are not financially independent so what? In Holland if you shout something long enough, it becomes a fact. For example, HE’S NOT MEANT TO BE BLACK IT’S SOOT”. 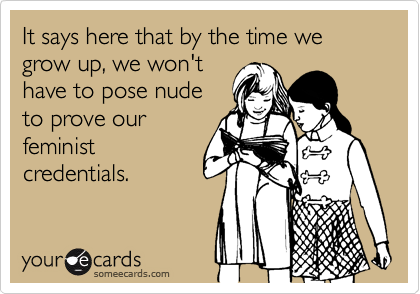 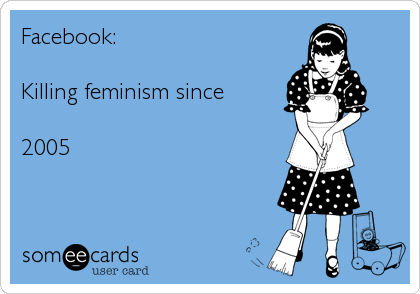 Who wears the trousers?

Before long the expat had met his objectives with Anouk, and suddenly she appeared to have practically moved in with him,  to the point where one of his wardrobes were full of skinny jeans, and some unpleasant looking tops along with her underwear which unlike the rest of the outfits she tended to wear, were pretty fine indeed.

A typical conversation would be, “Anouk, this evening I’m meeting my friend Devon for a drink,  NO YOU ARE NOT! I TOLD YOU THAT MARISKA IS COMING ROUND SO WE CAN LOOK AT FLAT SHOES TOGETHER ON THE INTERNET” He tried asking her why Mariska needed him present but apparently if you’re dating a Dutch girl, the boyfriend needs to be present and on display at all times.

Anouk quickly made it clear where she wanted the expat

Nostalgia is not as good as it used to be

The expat soon began to yearn for the days when he could go wherever he pleased, and play on his game console any time he liked. If he so much as looked at his game console Anouk would say “moet dat nou?”.  She appeared to have a huge family, who the expat was expected, without any hesitation or with as little prior notice as possible to drive her halfway across the bloody country to visit.

The way to the heart of an expat

The expat was growing pretty tired of being bossed around and was on the verge of ending the relationship when one evening she surprised him with what became his favorite Dutch food, erwten soup. Now one could accuse the expat of being somewhat shallow for changing his views about her due to this meal, but have you ever had a proper homemade erwtensoep? It’s fair to say that it was a turning point in the relationship.

A few days later she made him a broodje gehaktbal met satesaus, and he asked her to formally move in with him.

Heaven in a white bun

The motto of this tale is

In spite of his general dislike of the “I dress to be comfortable” philosophy that’s so common with the modern Amsterdam female, the expat decided to put such reservations aside and focus on the content of said clothes and the incredible simple but tasty food that Anouk was able to turn out on a regular basis.

The expat can now be seen being ordered around the V&D and De Bijenkorf during sale times, or being yelled at in Albert Heijn when he picks up mint instead of parsley. Thus, with him accepting his place, under her flat shoes, they lived happily ever after.

No stay at home feminists were hurt during the writing of this post.

Scenes from the Eternal Relationship Struggle in Amsterdam Part 1

How to date Dutch girls Part 1