The Two Most Powerful Words in the Dutch Language

The most powerful words in the Dutch language

A wise man once said that the pen is mightier than the sword.  I’m not sure if I agree with that. Try taking a walk through the Bijlmer area of Amsterdam at three in the morning. I think that a sword would come in much handier than a mont blanc pen. Having said that, as the mont blanc is so expensive, handing it over might save one from a beating. Especially if like the Shallow Man you’re a lover, not a fighter.

Words can indeed be mighty, which brings me to the subject of today’s post, the two most powerful words in the Dutch language.

There are keywords and phrases in every language which can capture the entire essence of a nation’s culture in an instant.   For example:

The words that for me, capture Dutch culture in an instant are  ‘gratis’ and ‘korting‘.  I’ll provide some examples of how to use these words successfully. Don’t underestimate their power over the Dutch, and like sex toys that you’re unfamiliar with, make sure that you use them carefully.  If these words are used in the correct context, the Dutch will be like kibbeling in your hands.

Now, this post might annoy some, and if as a result I’m cornered by a bunch of angry Dutch cunning linguists, who tell me off for not taking their fabulous language seriously. I’ll say to my detractors, “There’s a lot of positive things about the Dutch language, but I must admit that the first time I heard two women speaking Dutch in a cafe, I ran over and starting slapping one of them on the back, when she asked me what I was doing, I said, my apologies, by the sound you were making I thought you were choking to death.”

The history of gratis

The word ‘gratis’ (for free)  is believed to originate from medieval times. It was part of a spell used by wizards and witches to entice people to part with their money. Today, the word continues to exert a magical influence over the Dutch. Just this week, I watched a Dutch breakfast TV show vandaag de dag. Like eating a burger at Mcdonalds, watching this program always leaves me with a sense of shame and regret.  During a commercial break, there were three adverts, one after the other, all of which mentioned the magic word ‘gratis.’  The Dutch can’t get enough of this word, and the advertising industry never misses an opportunity to offer something gratis to excite and engage the Dutch. The same principle can be used in intercultural communications with the Dutch.

Expats, how’s your tinder dating experience? Are you not getting enough matches? Do you have the feeling that because your profile is in English that the Dutch Lions and antelopes might be swiping you by? Here’s a guaranteed way to get so many matches that your calendar will be like that of a Dutch person. Fully booked for the next six months. Add the following to your Tinder profile. “Dating with me is gratis!”

With a sense that they know everything there is to know about every possible subject, the Dutch are not easily impressed. So here’s some advice. When meeting your Dutch partner’s parents, turn up for dinner with two diabolical, foul tasting, semi-toxic bottles of wine. When handing this over to them, make a big point of saying to them “the wine isn’t that good, but I was passing Gall and Gall and they had a special offer, buy one bottle of this wine and the second is gratis.” Your partner’s parents will be genuinely impressed at your fiscal shrewdness. They might even say to you “wow that’s very Dutch of you, well done.”

Reporting to a Dutch manager can be challenging. They often have difficulty understanding why expats insist on working more than forty hours a week, or why expat women with children insist on working full time. Working long hours can actually be perceived as a negative thing by the Dutch. What you have to do is apply their own cultural reference points at performance review time. When they ask why you why you have been working so many hours simply respond:

“Yes I’ve been working lots of overtime for the company, gratis, so you’ve been getting a very good deal.”

The mention of the magic word will change the opinion of your performance manager. Expect to receive an exceptional performance rating as a result. If you’re really lucky they might even thank you for hard work, but I wouldn’t hold your breath for that one.

HR to an expat “working more than 40 hours a week is not Dutch, but at least it’s gratis”

4. In the red light district

Gentlemen, if you happen to be passing a window in the red light district, and are stopped by one of the scantily clad entrepreneurs, insist on twee halen, een betalen. (Take two pay for one). If the lady in question happens to be Dutch, she’ll be impressed by your business acumen and might even offer you the ultimate in gratis deals.

The other word possessing dark powers in the Dutch dictionary is ‘korting’, which means reduced price in English. The Dutch will almost refuse to do any shopping at all, without a korting.

When navigating your way around Hollands greatest supermarket, Albert Schwein, and trying to find fruit that isn’t almost rotting or not yet ripe, you’ll be inundated with lots of signs screaming ‘KORTING’. Always capitalized. I’ve known Dutch people that have gone into the supermarket only to buy some milk but have come out weighed down with all manner of goods due to them not being able to resist the hypnotic and irresistible calling of goods with a korting.

Nothing is more romantic than buying your loved one some heart shaped strawberries. If he or she happens to be Dutch, make sure that you leave the 35% korting sticker on the package. Show them that your love of money takes priority in all things. This will make them hotter than freshly fried frikandel.

Show your love with a korting

How to convince a Dutch guy to get married

When planning to close the deal

Gentlemen, you’re on your second date with a Dutch lady, which means it’s time to hit the jackpot. If you really want to guarantee that the Ugg boots or Doctor Martin’s will be coming off at your place that evening, make sure that you tell them that you have plenty of condoms at home. You just ordered a batch of several hundred, with a 30% korting. There’s even a website for such things. Korting.nl She’ll be so impressed, that she’ll soon be bossing you around in the bedroom and screaming so loudly that your neighbours will consider calling the police. 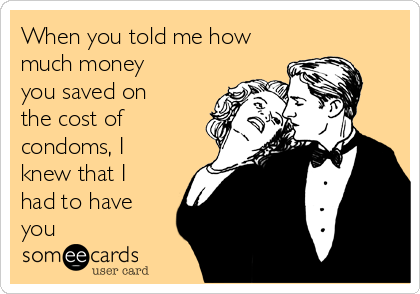 For success with the Dutch, always make a point of emphasising the importance of all things gratis. For example, if you join an online dating agency such as Lexa, make sure that potential Dutch dates understand that you’re only available on the site for three days, which is the limit of their gratis offer.  You’ll be immensely popular. Always emphasize that everything you own is due to the result of a korting or gratis. For example “yes not only is this three-piece suit magnificent, but they gave me a 25% korting.”

If you follow my advice above, you’ll make yourself popular with the locals, as you’ll share one of their national obsessions. Enjoy!

No bargain hunters were hurt during the writing of this post.

For more shallow tips about life in the Netherlands, join the Amsterdam Shallow Man Group on Facebook.

Till next time, enjoy the number one song played in Dutch swinger clubs. Pass the Dutchie.

The Experiences of a Shallow Dutchman