As the Shallow Man gets older, and before my memories start to fade, I have decided to put pen to paper and write some observations about working with the Dutch. This story, told to me by Luke Van Liggen, about the story of an expat, whose career in Amsterdam was almost doomed to failure from the start, due to not understanding the Dutch way of working, had lots of parallels with my own initial experiences in the land of the dominant warrior women. So I’ll continue telling the story of the last Dutch supper, so that those of you who are new to working in the Netherlands can learn the things you need to know about working with the Dutch.

Now this story might be upsetting to some, and if as a result, I’m rounded up by a bunch of angry Dutch nationalists and am forced to sit through the entire Prinsjesdag ceremony,  I’ll say to my enemies, “wat een lelijke jurk, ze had belastinggeld beter kunnen besteden”. (What an ugly dress, she could have spent the taxpayers money more wisely).

Our hero, who shall only be known as ‘the expat’ had lived in several countries prior to moving to Amsterdam.  Being fond of tailor made suits, he’d decided not to cycle to work, but to use Uber. As he stepped out of his apartment, the first sight that greeted him that morning, was an elegant looking Dutch lady, (he knew she was Dutch as she was shouting into her phone) with long legs and a very tight short skirt, unlocking a huge bike. He was thinking to himself what a fine example of womanhood she was, when much to his surprise, she hitched up her skirt and then clambered onto the bike like John Wayne mounting a horse. He was reminded of the James Bond movie Goldfinger, and the character pussy galore. She rode off, not before shooting him an angry look. It brought to mind something he’d read on the shallow man site about the motto of the owners of exclusive boutiques, “if you don’t want the public to look at your goods, don’t put them on display”.

Now you see them now you don’t

Upon arriving at the office the expat was introduced to some of his team. He had twelve direct reports, all based locally. Rather than arrange a formal meeting he’d planned to get them all together and invite them in for an informal chat, but was frustrated that even though they were all apparently in the office, and should have been available, they were constantly not around. This was where he learned the first rule of working with the Dutch, if you want to find people, hang around by the coffee machine, they’ll all turn up sooner or later, and spend lots of time discussing their children, their cars, their four week planned holidays etc. 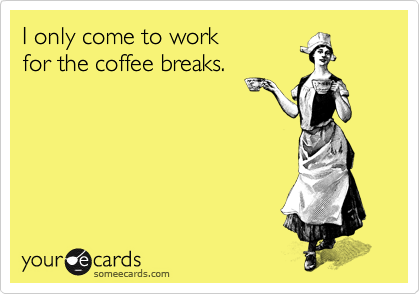 Eventually, he caught the entire team together by the coffee machine, he popped to the bathroom for a minute, only to find that half of them had disappeared again. His Secretary suggested that he go down into the car park, where the rest of his team were gathered together, smoking. Apparently this was the best place to meet and flirt with colleagues, and was often busier than the open plan office itself. It also had the advantage of not having cell phone coverage, so was perfect to avoid both management at home (wives, husbands etc) and work. 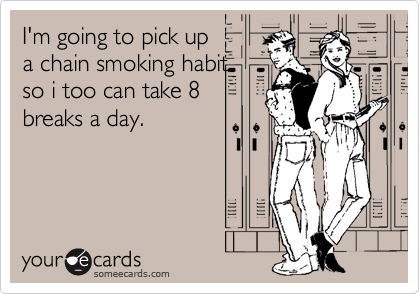 The expat would have sent an email to the team asking them to join him for lunch, however, his employer had outsourced their IT to save money, and his laptop had not yet arrived. He decided to go and visit the IT people to enquire about the status of his system. He arrived in the furthest room in the building, hidden away in a corner. The first thing that hit him when he opened the door of the room, apart from the smell of stale sweat and bitterballen, was how small the room in which at least ten people were squeezed into was. Upon enquiring the status of his laptop, he was first ignored by a bunch of poorly dressed young men in jeans, who appeared to be gathered together looking at a dating site. Once he’d caught their attention, one of them shouted “DO YOU HAVE A TICKET NUMBER?” When he provided this to them, there was much shrugging of shoulders before learning his first complete phrase in Dutch, something he’d hear a lot of in the coming months, “ik kan niets voor je doen”.

He managed to arrange to meet his team for lunch in the company canteen. At first he was confused, as the only thing on offer to eat there appeared to be vast amounts of bread, what looked like raw meat, boiled eggs, and a startling array of sandwich toppings. There was also lots of glasses of milk, which one of his team members, Koen van Zuinig, excitedly told him with bulging eyes, “take the milk, it’s free, you don’t have to pay for it, it’s free”.

Upon sitting with his team members, he was surprised seeing grown men applying what looked like chocolate flakes on bread, and enthusiastically wolfing it down, along with the aforementioned free milk, as if they were eating a gourmet meal, and washing it down with vintage Chateau Margaux. The expat, wanting to fit in, took a sip of what he assumed to be milk, and resisted the urge to spit out the most foul tasting thing he’d ever had onto the table. His colleagues burst into fits of laughter and said, “you expats always take buttermilk by mistake”.  Oh how they laughed. Working with the Dutch was going to take some getting used to.

Never, ever, drink the stuff on the right, buttermilk!!!

Upon returning to the office, he asked his secretary if she could arrange a team meeting at 3pm that afternoon, only to be told that she was the senior secretary, and that he would have to go to the departmental assistant, Noortje and ask her. He did so and asked if she could book individual one on one meetings with each team member that week as well as a team meeting that day at 3pm. Noortje burst into tears “you can’t expect me to do all that work, you’re going to give me a burn out!”

Eventually he managed to arrange a meeting at four pm that day, but sadly only seven of his twelve person team could attend. The others being Dutch women, only actually worked part-time and were simply not available, and one of the men had to leave early to collect his children from the nursery as it would cost more money to leave them there after 5pm. Getting all of the team members together, typically required three secretaries, a computer with the processing power of the space shuttle and at least a months notice.

Working with the Dutch was going to be challenging.

No junior secretaries were hurt during the writing of this post.

How to get rich in the Netherlands