I’m not a religious man, although I have been known to get down on my hands and knees and thank God for Tinder. I’m certainly a sinner, something that I share with many in Amsterdam, which brings me to the subject of today’s post, the seven almost deadly sins of Amsterdam cyclists.

Recently, the Stichting Wetenschappelijk Onderzoek Verkeersveiligheid, which as an ex-tinder date once said to me, ‘that’s quite a mouthful,’ recently published a study that showed that the number of fatal traffic accidents in Amsterdam has fallen. Yet between 2000 and 2011 there has been a huge increase in fatalities involving cyclists. In fact, being a cyclist or a pedestrian are the two most dangerous things to be in Amsterdam. Even more dangerous than eating regularly at FEBO or at Kebab places.

Do not criticise Amsterdam cyclists

As an expat, the first thing you need to understand is that cyclists are holy. For as it says in the book of the Dolly Dots, ‘blessed are those who cycle, for they will go straight through red lights on the wrong side of the road and enter the kingdom of heaven.’

AT5 (also known as AT ROT OP NAAR JE EIGEN LAND 5) and Het Parool, do everything they can not to upset the cycle lobby. Why bite the unmanicured hand that feeds you? No matter what happens, neither outlet will dare point out the bloody obvious when it comes to the seven deadly sins often committed by cyclists in Amsterdam.

Now, this post might annoy some, and if as a result I’m captured by a group of angry bike worshippers, also known as the Amsterdam cycling lobby, and am forced to repeat “fietsers goed, scooterrijders slecht” over and over until I finally believe it. I’ll say to my enemies, “hou op met je gezeik, jullie zijn allebei gewoon asociaal!”

1. Believing oneself to be indestructible

The holy book of Jan van Strakke Broek, points out quite clearly that even men with hair drowning in gel, or women with hair as wet as the feet of a plumber hard at work in a sewer, are not indestructible. So blessed are the Amsterdam cyclists that they truly believe that no harm can come to them at all. On a cold morning, there is nothing more exciting than watching the kamikaze manoeuvres of Amsterdammers as they put themselves within millimetres of an oncoming tram.  Bravely (or stupidly) onwards they cycle, pausing only to give the tram driver the finger, for daring to ring the bell in complaint.

Amsterdam cyclists in the morning

2. Thou shalt cycle in the wrong direction

After a short time in Amsterdam, expats often visit doctors complaining about a ringing sound in their ears. This condition is usually as a result of having local Dutch Amsterdam cyclists, impatiently ringing their bells, frustrated by expats doing the following:

3. Not stopping at zebra crossings

Zebra crossings exist only for decoration. The Netherlands is the land of Rembrandt, Van Gogh, Vermeer, and many other great artists. Stripes on the road are just a form of artistic expression. In spite of this, stupid expats and tourists actually believe that cyclists should stop when they see pedestrians standing at such crossings. This is another one of those things, just like Dutch people painting themselves black, and wearing afro wigs, that foreigners will never truly understand, as they lack the proper context.

4. Thou shalt park thy bike where the hell it pleases you

God made Amsterdam for cyclists, every damn part of it. Every brick, front door and fire hydrant exists for their convenience. In Amsterdam never leave a children’s buggy unattended, or you’ll find a bike chained to it. The same applies to wheelchairs and the morbidly obese. 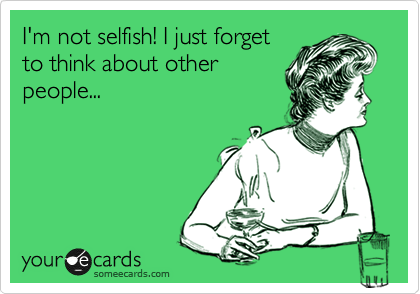 5. The convenience of pavements

It’s only a matter of time before the Amsterdam cycling lobby calls for a ban on pedestrians for taking up valuable cycling real estate. It’s not enough that Amsterdam has more kilometres of bike lanes than just about any city in the world, what about pavements? They are even more convenient than bike lanes as you can cycle right up to your front door. This would be perfect if it wasn’t for pedestrians, moving along slowly and blocking the way for cyclists.  I’m sure the VVD are working on such a proposal even as I write this. 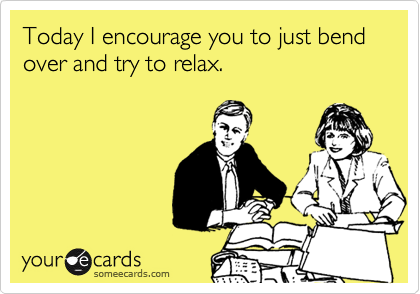 The Amsterdam cycling lobby in discussions with the VVD

Amsterdam cyclists are very important people. Why should they possibly wait a few minutes to read their text messages when cycling around town? It makes perfect sense to read all about Anouk’s latest Tinder date, and how she’ll never go out with an expat ever again, as he didn’t ask for sex on the second date. The fact that while reading about the unsatisfied sexual appetite of Anouk, that this causes the cyclist to weave out into the road and almost be hit by a car, lorry, or bus is not the cyclist’s problem. After all, even if she ends up breaking every bone in her body, she’ll have the satisfaction of knowing that according to the law, cyclists are always in the right. So there you go.

7. Cycling while drunker than an investment banker on bonus day

I love the Ferdinand Bolstraat in Amsterdam. Especially on Friday nights between 11 pm and 3 am where they have free street entertainers. These ‘street artists’ can often be seen staggering out of a bar called Mazzletof and wobbling from side to side on their bikes, before falling flat on their faces onto the tram rails. It’s heartwarming to see the effort that these artists put in to entertain the public. They even employ extras, who run over to them and say “gaat het?”

There’s one more sin, even worse than the seven above, that I’ll have to mention.

Love (or more likely lust) is in the air. You and your partner are into each other, and you want the whole world (as Amsterdam is the centre of the known universe) to see it. What better way of saying, “this denim-clad, flat booted woman belongs to me.” Than holding hands with her while cycling along? To hell with anyone else that has to slow down, as you’re blocking the entire bloody bike lane. Your love is the most important thing on the planet, ‘doe maar’.

A typical sight in Amsterdam

Obviously one can live in hope that while you’re holding hands that one of those wild dogs that Amsterdammers love so much will run out onto the bike lane and cause the two of you to crash, but sadly, this doesn’t happen enough.

All of the above are just the opinions of a bloody foreigner. So to my expat followers, new to Amsterdam, my only advice is if you can’t beat them, join them. Integrate properly, and behave like an anti-social moron, because YOU are the most important being in the universe, and your time is far more precious than anyone else’s.

No selfish Amsterdam Cyclists were hurt during the writing of this post.

Sea Container Hired Out As A Room in Amsterdam AirBnb Scam

Romantic Things To Do On Valentine’s Day in Amsterdam

Amsterdam Taxi Drivers, Still Not to Be Trusted