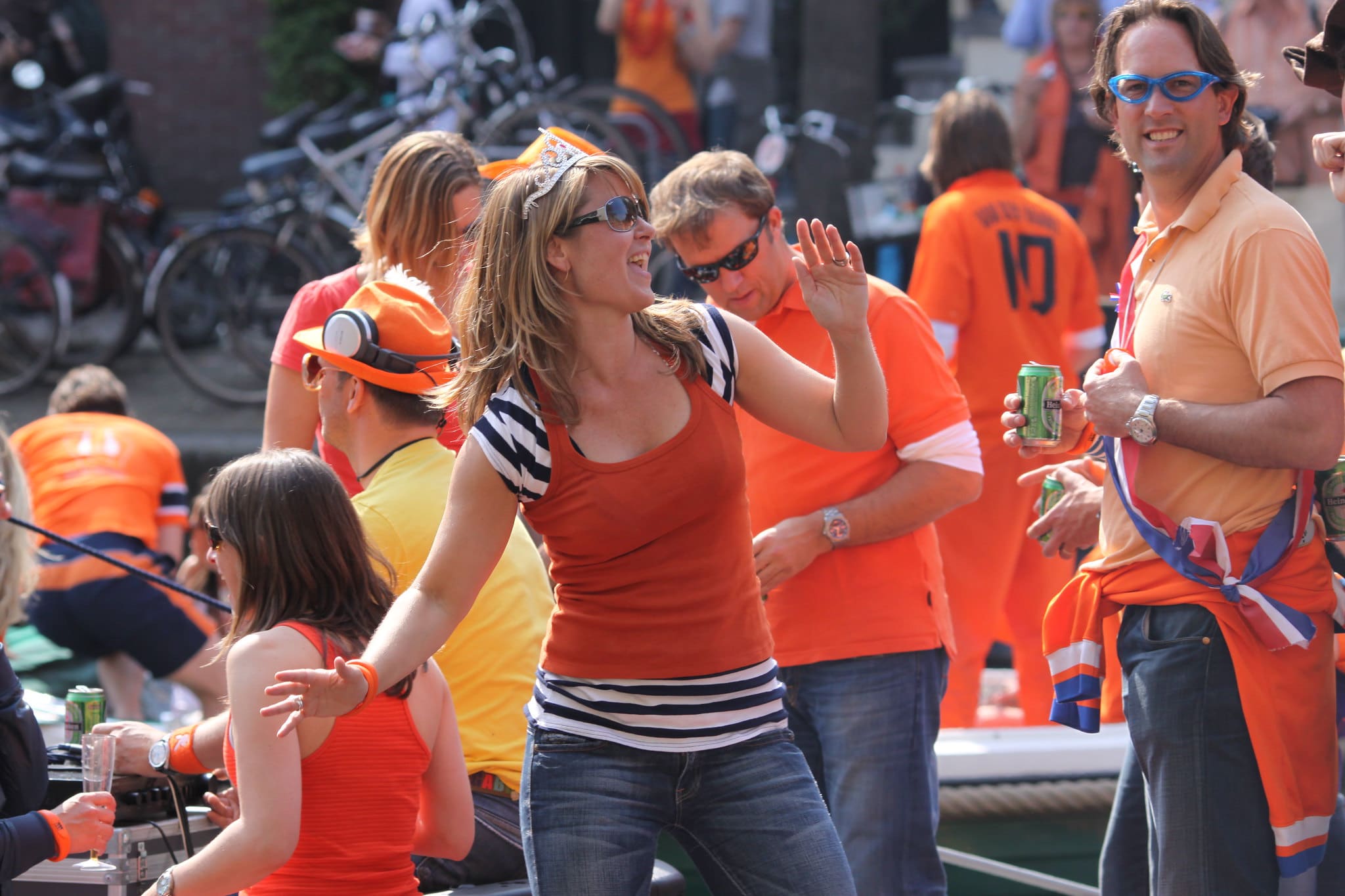 The Dutch are incredibly individualistic, and wouldn’t dream of dressing alike, apart from when it’s time to celebrate the birthday of their King. (Willem-Alexander, not Elvis). 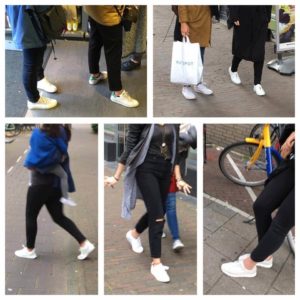 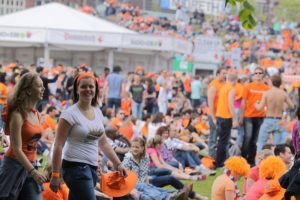 To this, the Dutch are non-conformists

I know that many of my readers are old hands at King’s day, and have been there and thrown up the bitterballen. It’s celebrated throughout the Netherlands, however, as everybody knows, the greatest, wildest, craziest and most incredible party IN THE WORLD is held on King’s Day in Amsterdam.

People travel here from such exotic places as Eindhoven, Tilburg, Arnhem and even Zwolle, just to learn how to party. In fact, King’s day in Amsterdam is so famous that people attend from all over the world. It’s for those of you from the distant far-flung corners of the globe, (Harderwijck for example) for whom I’ve written some essential tips for King’s Day in Amsterdam.

A couple of years ago, lots of confused tourists arrived several days fashionably late for King’s Day in Amsterdam. Oh, how we laughed. The Dutch, who have the uncanny ability to make money out of any opportunity, accommodated the latecomers with special, “I’m too dumb to check the date of King’s Day,” parties.  A jolly good time was had by all, and the local entrepreneurs literally laughed all the way to the bank.

Yes it’s spring, (allegedly) but you know it’s cold in the Netherlands when:

If you’re not sure what to wear, here are some suggestions on what you’ll need for King’s Day in Amsterdam this year. 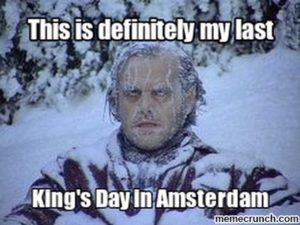 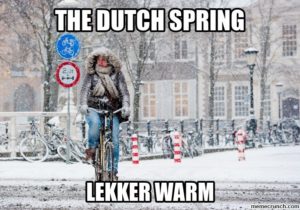 The nights before and on King’s Day in Amsterdam are when taxi drivers feel that they have the god-given right to rob all passengers blind of their hard-earned cash. Local laws which regulate the prices of journeys are laughed at, as greedy taxi drivers make up the prices depending on how much they think they can get.

Taxi drivers do this because every year there are people, who are perhaps too drunk to care, too rich to care, or too ignorant to know that they’re paying way too much money. Plan where you intend to go out, and then either walk back or use the public transport options that will be available. Check out the public transport schedules for King’s Day in Amsterdam here. (In English).

On the night before King’s Day, I expect that it’s highly likely that Uber’s surge pricing will come into effect. Surge pricing is an entirely logical concept whereby Uber increases the cost of journeys due to demand. If other businesses were to use this concept then there would be increases in prices before and directly after King’s Day in the following: 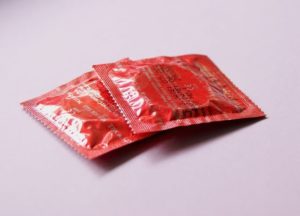 Expect the price of these to surge along with other things 😉

People sleeping on the street the night before King’s Day. You’ll only offend them. They’re not homeless, they’re just guarding the prime spots from which they’ll sell high-quality second-hand items such as half-empty bottles of shampoo, or fake Ugg boots that shrink when wet.

On King’s Day, Amsterdam turns into the largest flea market in the world. Which is quite ironic, as many of the items on sale will probably come with fleas.  All items sold at such markets are tax-free, so expect to be thrilled and amazed at some of the things that Amsterdammers will have the bloody cheek to ask money for. It’s an experience. Doe maar! 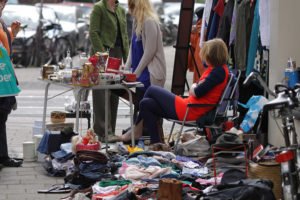 5. Resistance is futile wear something orange

I used to refuse to wear orange on King’s Day as that colour matches none of my clothes. At the beginning of King’s Day, it’s fine not being in orange. But as some Dutch people get drunker, nationalistic sentiment rises faster than the cost of housing in Amsterdam.

After a couple of hours, you’ll be asked: “Why aren’t you wearing orange?”
As the day wears on the questions become more persistent.  “It’s the King’s birthday, why aren’t you wearing oranje?”
As the drinks flow further. “Ish (I) think het is not good that jij (you) geen orange are wearing. Nee!”
By nightfall, “Anyone who is not wearing oranje, doesn’t heb geen liefde, love, for the house from orange.”
By then it’s a good time to leave. Wear something orange, it’s really not worth the hassle not to. 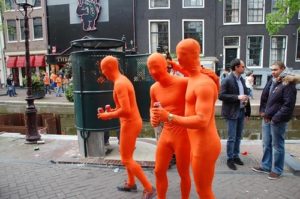 No fleas were hurt during the writing of this post.

Until next time, when in Amsterdam, how do you know if a member of the couple having loud sex in the apartment next door is a hockey player? You’ll know this as at the crucial moment she’ll shout, “I’m arrrrrriving, I’m arrrrrriving.”

Have a happy King’s Day 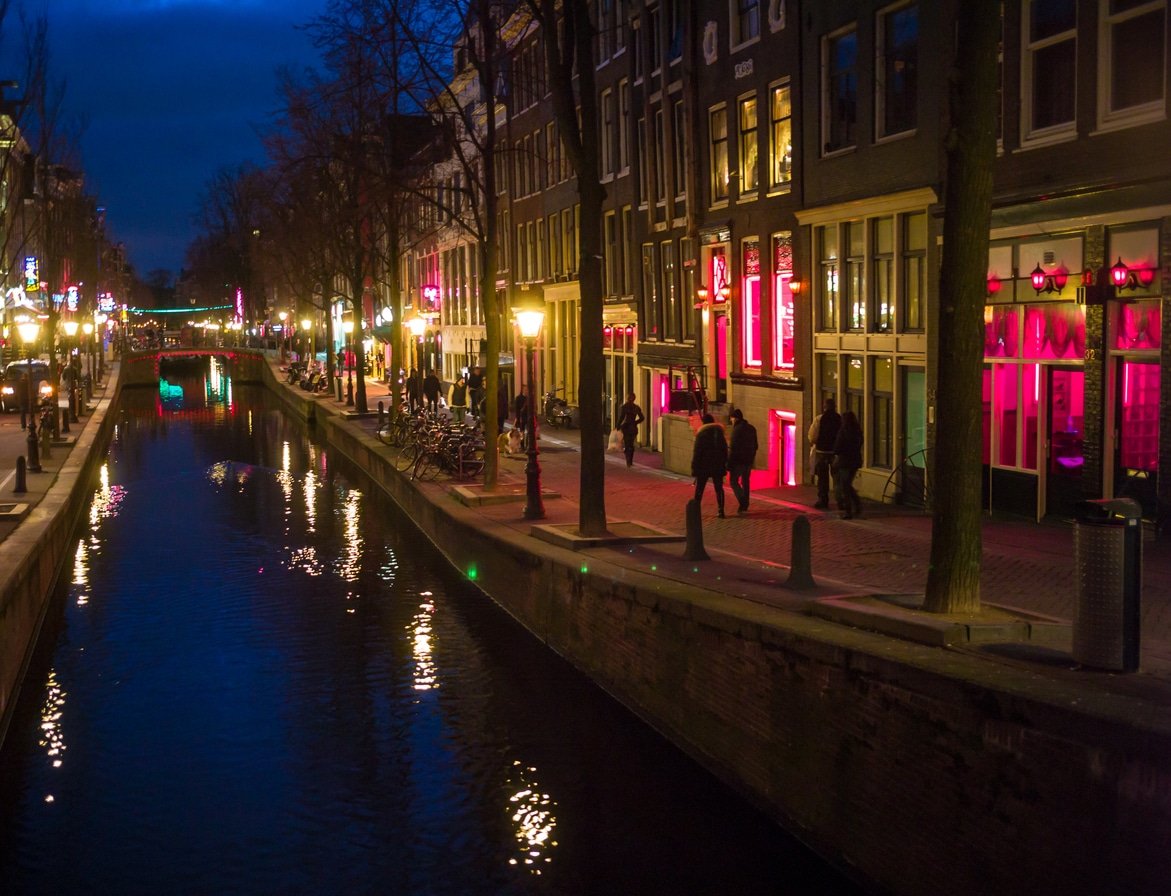 The Other Amsterdam Red Light District in Ruysdaelkade 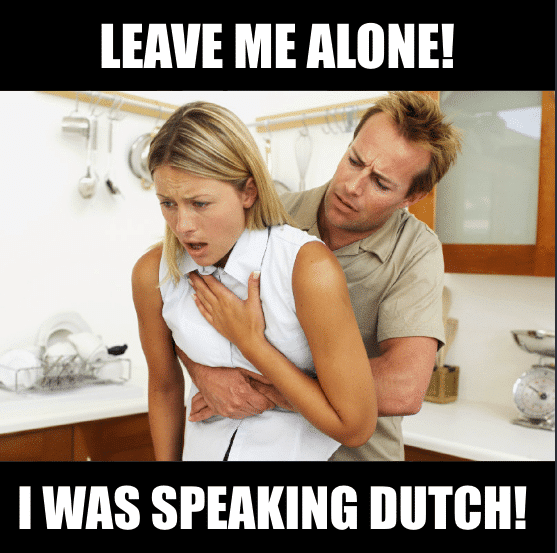 How To Reduce the Number of Tourists Visiting Amsterdam