What Expats Need to Know about Renting in the Netherlands

Renting in the Netherlands, what expats need to know

As always, the Shallow Man is keen to provide his expat followers with information that might make their lives in the land of the deep fat fryer, just a little bit easier.

In the past, the Shallow Man has written about the choice that many expats face, once they’ve lived here for several years, which is whether to continue renting or to buy a property.  To which of course the logical conclusion is to buy. However, when moving here, for a short-term assignment or secondment, renting is often unavoidable, which brings me to the subject of today’s post, what expats need to know about renting in the Netherlands.

Why can’t we all just get along?

Amongst the expat community, rental makelaars in the Netherlands have a pretty poor reputation.  The feeling is often that as soon as a Makelaar realises that his client is an expat, that you can actually see them reaching for their smartphone and sending a text to their partner saying “Anouk, let’s celebrate, go and buy a five euro bottle of wine tonight, I’ve got an expat looking for an apartment.” 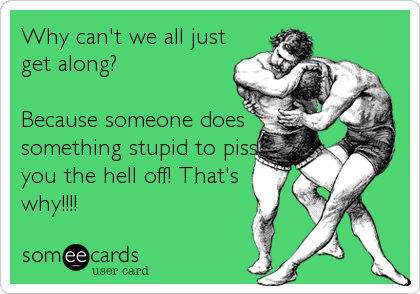 Like taking a packet of condoms with you to a tinder date, makelaars are pretty essential when renting in the Netherlands.

Expats, often naive with a capital ‘N’ when renting in the Netherlands

Now some might say, that expats themselves are partially to blame for this state of affairs, which is not an unfair observation. The Shallow Man moved to the Netherlands prior to the 2008 recession. I can remember the glory days when expats on secondments wouldn’t think twice about blowing their housing allowances on pokey little apartments, just because they happened to be in the right neighborhood.

One expat, I knew paid 1800 euros a month, for the first place he saw. It was small, badly furnished, and smelled as if a cat and mouse had entered into a lovers suicide pact and expired somewhere under the floorboards.  This didn’t bother the expat, who was overjoyed to be within easy walking distance of the Vondelpark.  Considering that the person in questions idea of exercise was walking to and from his car, living so close to a park was somewhat wasted on him.

I’m sure that the makelaar he used couldn’t wait to go to Kruidvat to stock up on some hair gel with the commission he earned from my naive associate. A lot of expats, knowing that they would only be renting in the Netherlands for a short period of time, weren’t particularly bothered about paying too much rent for the apartments they moved into. After all, the company was paying. This had a knock-on effect to the rest of the housing market, as landlords, shocked by how much money, expats (or their employers) were prepared to pay for an apartment, with a shower bang slap in the middle of the living room, or an open toilet in the bedroom. (Both actual apartments) felt that renting property to expats was like owning a casino. The house always won. This meant that for owners, they weren’t only covering their mortgage costs, but were often earning a substantial profit through renting their properties.

Due to the strict housing laws in the Netherlands, a lot of apartment owners actually prefer renting their properties to expats, as generally their stay in the Netherlands tends to be short term. This also means that the owner is more likely to be able to regain possession of his property, without the risk of a lawsuit from tenants deciding that they wish to remain indefinitely. 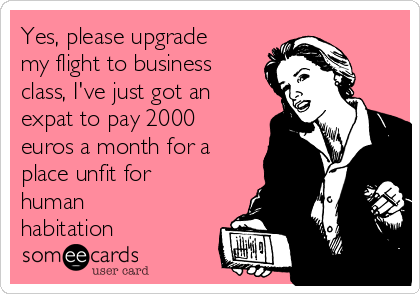 Another reason for the poor reputation of rental makelaars came from the habit they had of behaving as if they were seriously interested in the well being of apartment hunting expats. Driving them around, making appointments, discussing lots of options. The makelaar took the time to remember the name of the expat’s kids rabbit, and pet pit bull. Contract signed? The Makelaar would vanish faster than a man that’s had sex on the first date.

To prevent being bogged down with such problems, some owners hire a beheerder. The beheerder works for the owner of the property to manage maintenance, and deal with any issues raised by the tenants. It’s always worth checking if the apartment you’re about to hire is covered by such a service. 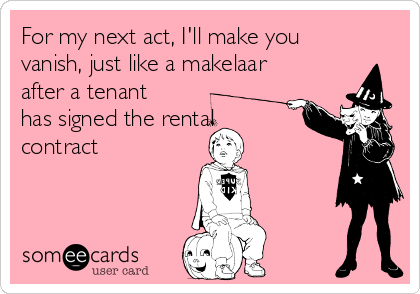 Renting in the Netherlands the Makelaar gravy train has been derailed!

Makelaars thought that the good times would roll on forever, but as of January 2015, a new law has come into effect in Amsterdam that has led to many rental makelaars putting their surplus brown shoes on Marktplaats and canceling orders at suit supply.  One of the reasons why rental makelaars loved renting property to expats was that they were allowed to charge both the owner of the apartment and the renter, typically, a months rent as a fee.

Due to a lot of expats not bothering with researching the cost per square meter of rentals, many makelaars were happy to charge expats as much as they thought that they could get away with. Which was usually quite a lot.

The Tears of a Clown

The new law that came into effect since January 2015 forbids makelaars from charging both owner and tenant for services. More details about this can be found here. While allowed to charge some fees, the gravy train is definitely over. A number of rental agencies have as a result reduced the number of makelaars they employ.

What this means for expats

The reduction in the amount of money makelaars are allowed to charge, has, in turn, lead to a reduction of the services they offer. (A cynic might say, how could it be any worse?) A good example of this is the agency Perfect Housing, who previously offered what could be described as a full-service offering for both employers and expats looking for apartments.

In response to the new legislation, they have now adapted their service as follows:,

Many of the problems I described under the heading, ‘the makelaar vanishing act’ can be avoided quite easily. You may not be aware of this, but in the Netherlands, all rental contracts are negotiable. So, if you want to make sure that the owner is actually responsible for dealing with pesky rodents, and any other incidents that might arise, negotiate the time of response on issues (within 1 or 2 days etc), and make sure that you have this added to the rental contract, before you sign it. 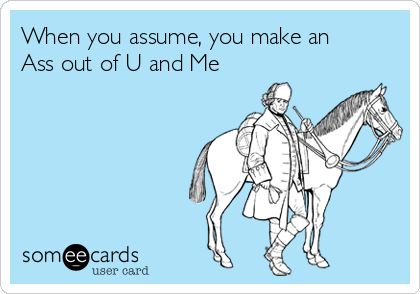 Many of the most common disagreements between makelaars and renters, are often due to the responsibilities not being agreed in advance and then confirmed in the contract. Some tips:

Makelaars in general, were similar to sharks, gorging on expat euros. Be aware that with reduced fees going to makelaars now, that you can also expect fewer services as a result. The most important thing to remember is to ensure that properties you see have been pre-screened and to make sure that rental agreements clearly highlight who is responsible for what. It’s also advisable to use Funda, to get an idea of the average rental price of properties in the area that you’re looking at. Bear in mind, however, that Funda often only lists unfurnished property, which tends to cost less to rent than furnished properties.

It’s also worthwhile looking at reviews of the agent on the Internet to get an idea about the services they provide.

Whichever makelaar you decide to go with, be aware of the changes in the law, and look for an agent that is open and transparent about what will be included as part of the service.

No Sharks were hurt during the writing of this post.

Available to Rent in Amsterdam an 8m2 partition of a room. Only 600 euros a month.