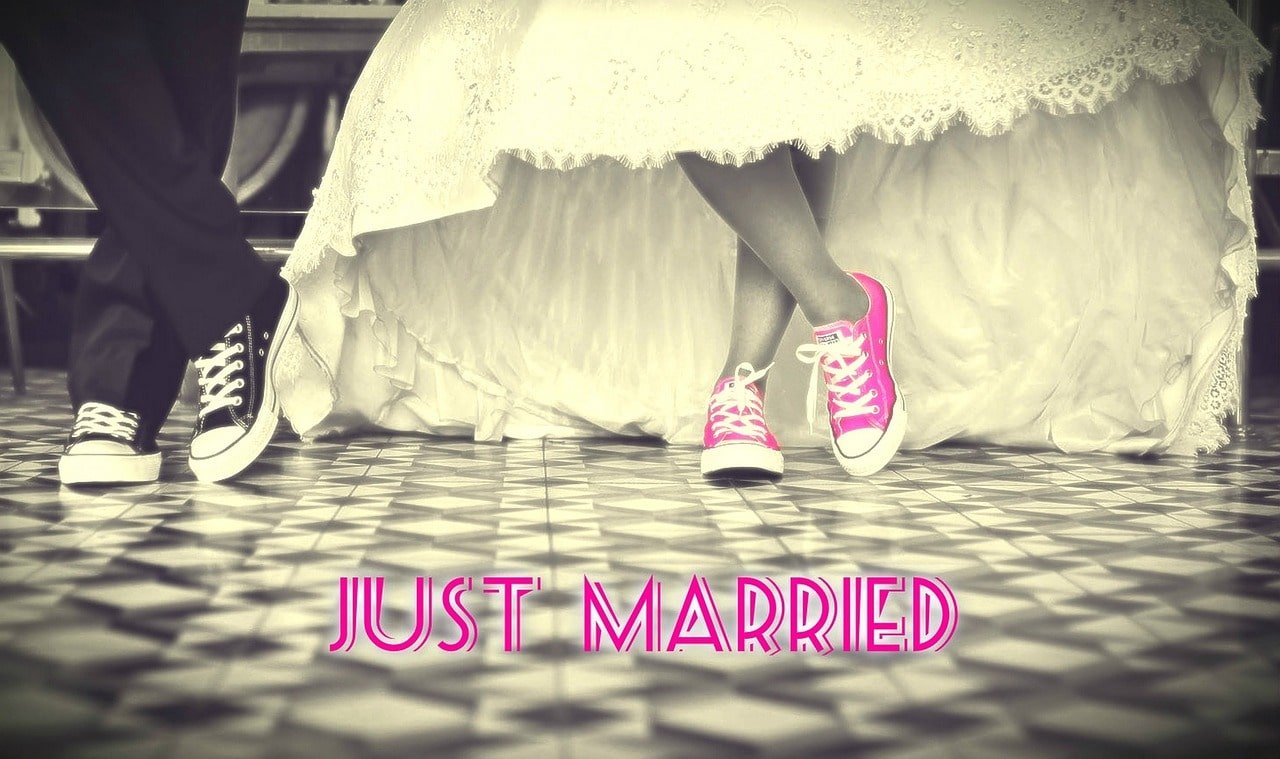 White sneakers with dresses? I must be in Dutch fashion hell

And so it came to pass, that while stopping to take a sneaky photograph of a lady wearing white leggings and Ugg boots, that the Shallow Man was hit, at high speed, by a Dutchman, who happened to be riding his bike on the pavement while simultaneously applying hair gel, and updating his profile on Tinder. Having stopped to check that his bike was ok, and that his hairstyle hadn’t been affected by our collision, he rode off, not before shouting,  “kijk uit domme toerist.”

After being taken to hospital with a concussion, the Shallow Man was seen by one of the top trauma specialists in the country, who promptly sent him home, and told him to buy some of the new wonder drug loved by all medical specialists in the Netherlands….paracetamol. 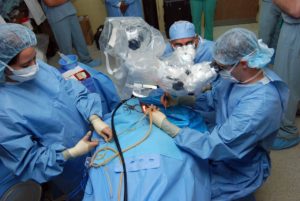 If only expats believed in the wonder of paracetamol, this surgery could have been avoided

A quick recovery followed, with one major problem. Following the accident, everywhere the Shallow Man went, he started seeing ladies wearing dresses (a big improvement on the usual denim) but with white sneakers! Had he really survived the accident, or was he in fact in hell?

Which brings me to the subject of today’s post. White sneakers are NOT formal wear

Now this post might annoy some, and if as a result, I’m chased by a group of angry Dutch women, who will definitely catch up with me pretty quickly, due to them wearing sneakers. I’ll say to my enemies.  “You’re only mad because deep down you know that you look ridiculous. I don’t care if the trend does come from Paris, dress like a woman, not a teenage girl.”
The things I do for my readers!

“Shallow Man you know nothing about fashion.”

Ok now that I’ve got that out of the way, I’ll continue.

So Lieke and Anouk are invited to a party at a trendy five star hotel bar in Amsterdam. It’s chic, it’s hip, people are expected to dress up for the event. Being good friends, the ladies meet up and get dressed together. They both wear delightful stylish dresses. They even (I hope you’re sitting down) apply some makeup. Thirty seconds and a cigarette later, they decide to top off the look with some shoes. 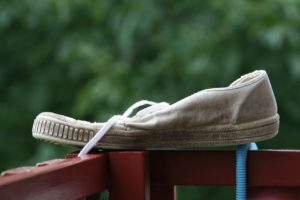 Decrepit is the new black

Yes Anouk and Lieke slap on some sneakers that look as if they were stolen from a corpse. Lieke, in particular,  is so trendy that if you look hard, and possess 20/20 vision, you can just about make out the fact that the sneakers are from Adidas. They see nothing wrong with inflicting their peculiar sense of style on the general public.
The ladies head to the party, where much to the dismay of the Shallow Man, it’s full of lots of other ladies, all wearing the same thing, dresses with white, or off-white, or “these used to be white when my grandmother first wore them in the seventies” sneakers. Yes folks, it’s an epidemic!

White sneakers with dresses are in

The justification for wearing white sneakers with dresses is that it’s “in.” Who cares how ridiculous it might look, as long as it’s “in” right? We’re living in the age of sheep. Just dress exactly like everybody else, don’t question whether or not it’s actually appropriate to go to a nice event or a fine restaurant wearing bloody sneakers! No, no, no, what’s important is that you’re lekker comfortable, and that you and your meisjes (girls)  follow the “fashion” like a pitbull tagging behind a drug dealer. 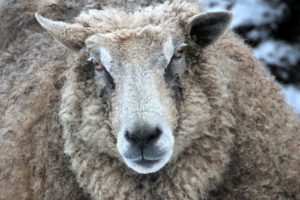 I might look pissed off but I’m very comfortable, I’m wearing nike sneakers 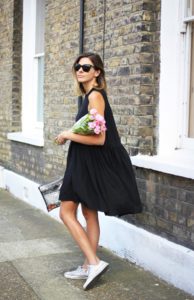 A prayer to God

The Shallow Man has borne witness to so many ladies wearing sneakers with dresses in the most inappropriate of places, that like Jesus on the cross I could only look to the sky and say “forgive them Lord, they’re Dutch, and lack proper style etiquette, and they know not what they do”

Ok so I’m obviously missing something here. So I asked the Netherlands top style blogger, Marloes de Smaakeloos to explain the popularity of sneakers with dresses at the moment.

Shallow Man, in spite of the fact that a lot of Dutch people are quite anti-american, and never miss a chance to criticise the USA as often as possible, we also secretly love a lot about American culture.

So when we see that major style icon Khloe Kardashian wearing sneakers, with leggings, we think “wow she looks just like a Dutch girl.”  Obviously we don’t want to admit this publicly so have adapted the style a little. The modern Dutch woman, wants to be stylish with a little black dress, but wants the comfort to be able to run after a man without it hurting her feet, hence sneakers. They’re also super practical, for example you can wear them under a wedding dress, and then hop on your bike, with your new husband sitting proudly on the back, while you pedal like crazy. We Dutch women are so liberated.” 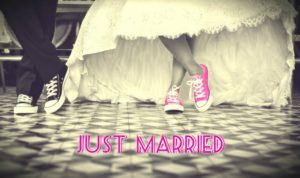 Sneakers are perfect for all occasions, including weddings

Sneakers are NOT formal wear

Finally, to all the “fashion” meisjes out there. Just a gentle reminder that sneakers are NOT formal wear. So please if you can try and refrain from wearing sneakers to any of the following:

Sneakers are nice and trendy, in the school playground but look a bit odd on grown women at events where the dress code calls for glamor and style.

Sadly no Kardashians were hurt during the writing of this post

Till next time, hou je bek! 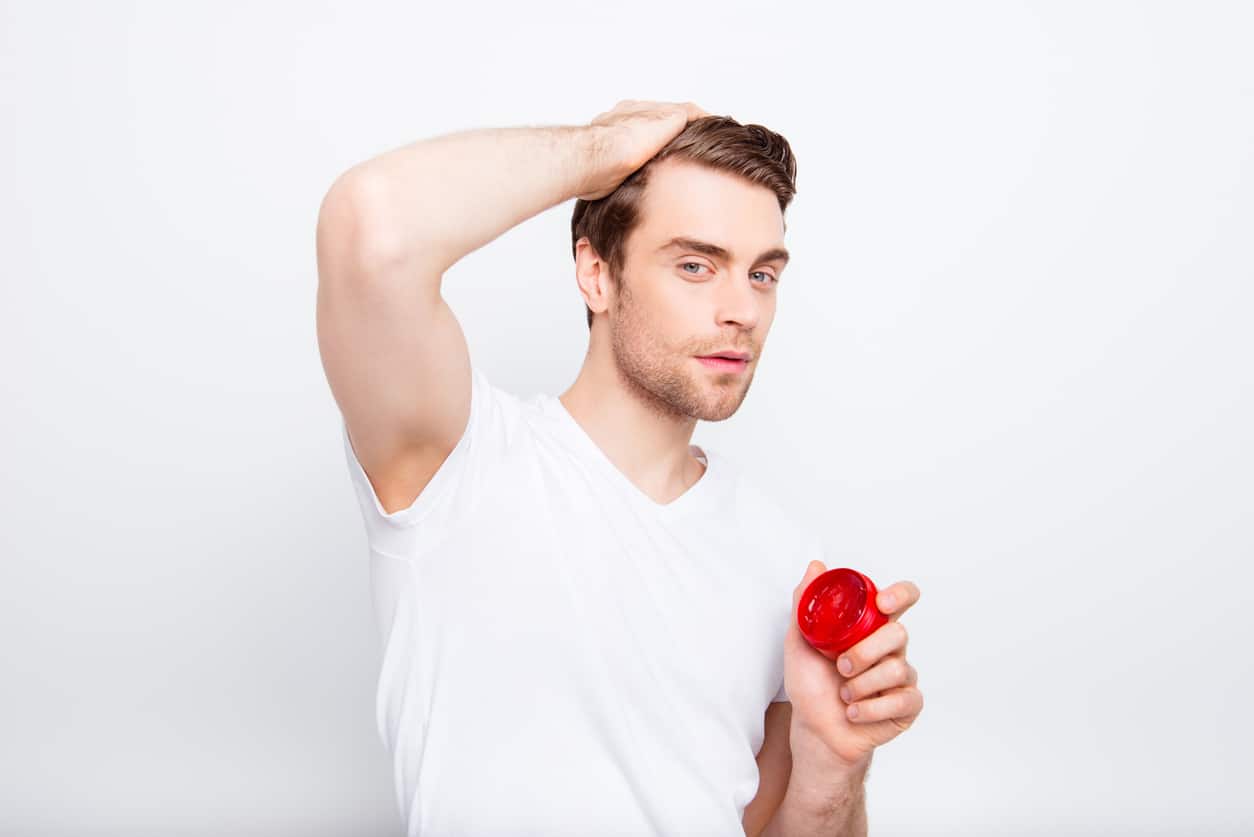 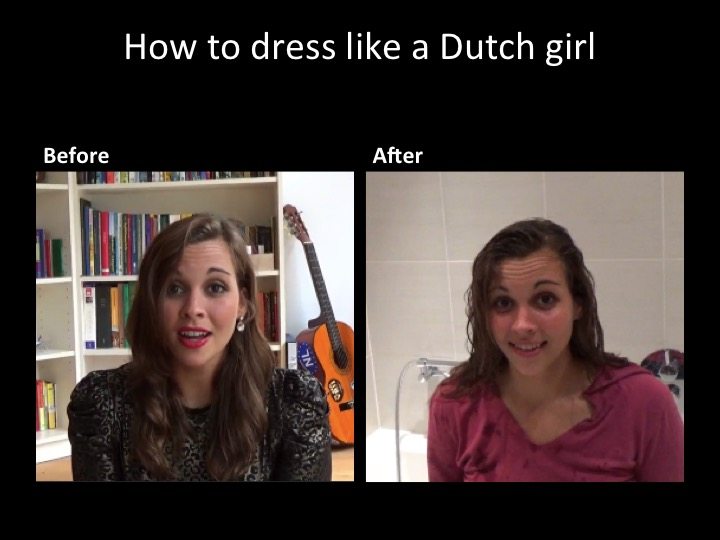 How to Dress Just Like a Dutch Girl and Make Friends 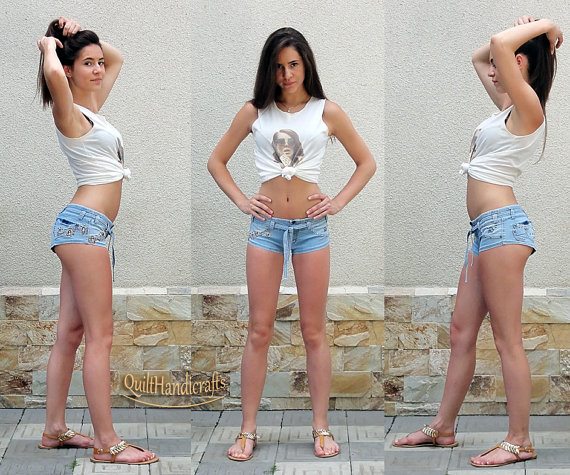 What to Wear in the Netherlands this Summer