What to Wear in the Netherlands this Summer

What to wear this summer in the Netherlands

The sun is shining in the Netherlands, and what a difference it makes to the mood of the general public. Even the Police, who when disproportionately stopping Moroccans, and Turkish people on the streets of Amsterdam, for the serious crime of being “licht getinte mannen/lightly tinted (Arabic appearance)” are smiling.

To the ladies, living next door to me, who decided to make the most of the glorious weather by sunbathing topless on the balcony, thanks for the mammaries. Moving swiftly along. The only downside of this glorious weather is of course that many expats have no idea how they should dress appropriately for Dutch tastes. Which brings me to the subject of today’s post, what to wear in the Netherlands this summer.

As always, the Shallow Man has his finger on the pulse of Dutch fashion, and following extensive (and painful) research, conducted by visiting parks, packed terraces, and witnessing how the hip young things in Amsterdam are dressing, has decided to put together this helpful guide, so that when Dutch people see you, they won’t think “look at the way that person is dressed, they must be a bloody foreigner.” 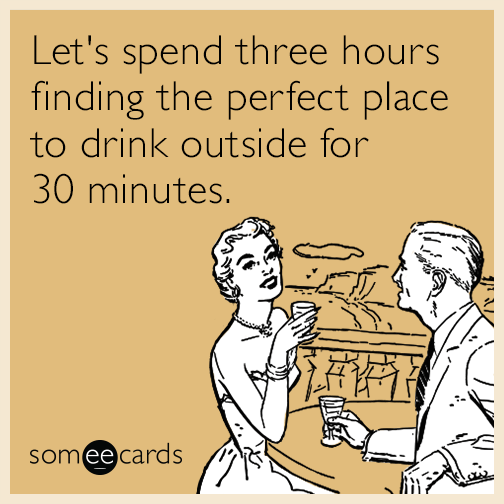 1. What to wear to fit in of course denim hot pants

Even though the ripped jeans usually preferred by Dutch ladies, provide plenty of ventilation on hot days. The hip young things are putting them away, and instead, are wearing denim hot pants. For expat ladies, looking to make a fashion statement this summer, hot pants are classy, professional, and lekker stylish hoor! They also have the added advantage of shielding your paradise mansion from the wandering eyes of shallow men while cycling.

A. The oxygen stealer

So called, due to being so tight that the ladies wearing these pants often keel over and faint due to lack of oxygen. They are perfect to wear if you work for one of the city councils, or process applications for asylum seekers at the IND.

Anouk saw no problems with wearing these to the office

2. Birkenstocks or sandals in general

For ladies, sandals are ideal for showing the world that you’ve never painted your toenails and don’t care who knows it. There’s nothing more attractive than seeing someone in sandals sporting the latest fashion accessory, a corn plaster, or warts and bunions. It’s particularly attractive when eating lunch on the terrace of a cafe, when the guy sitting nearby, stretches out his wart-covered, oversized, sweaty feet in sandals. Eet Smakelijk!

A little-known fact is that David Hasselhoff, who was best known for his role in Baywatch, released a song called looking for freedom. It was so popular in East Germany that many decided to flee to the West to avoid hearing it, thus causing the collapse of the Berlin Wall and the end of communism in Europe.

Another thing looking for freedom, are the testicles, left to roam like wildings, in the shorts often worn by Dutch men in summer without underpants. Expat men, wondering what to wear in summer in the Netherlands should never combine underwear with shorts.

When the mood takes you, just stand anywhere, and start rearranging your boys if they roam a little too freely. You can jiggle them in the supermarket, on the terrace of a cafe, or in a park while chatting with a local. Play pocket snooker wherever you please. The Dutch are lekker tolerant.

4. One of the benefits of feminism…

Is that women don’t have to worry about shaving their legs. To be fair, the hot weather has taken everyone by surprise, which is why the shallow man has witnessed many ladies who have shaved below the knees, but the rest of their legs have more hair than Donald Trump’s wig. I’ll hastily add that there’s nothing wrong with this at all. So Expat ladies, please whatever you do, don’t shave all of your legs.

If you really want to look like a local, there is nothing more stylish, and practical than the t-shirt jurk. It’s a multipurpose dress for all occasions. Fine dining, bars, parties, the office, the park, the beach, and even the bedroom. Nothing screams “I’M  SOPHISTICATED” more than the bold fashion statement of wearing a t-shirt jurk. Obviously, sneakers are obligatory when wearing this delightful and innovative piece of fashion. Now you might say, ‘but Shallow Man, it’s just a bloody long t-shirt, I don’t want to be seen dead wearing that.’ Well dear reader, you obviously know NOTHING about fashion. If you don’t know what to wear, when attending a nice event, then the t-shirt jurk is for you.

Final tips on what to wear during the Dutch summer

One of the great things about the Netherlands is that you’re free to wear whatever you want, no matter how comical the outfit may look. In fact, put something on, take a look in the mirror, and if it doesn’t make you laugh, then you’re probably not dressed like the Dutch.

I’m often accused of not being positive enough about my adopted country, so I’ll finish this piece by saying, Amsterdam has such pretty canal houses. Wat Leuk!

What not to wear on a sunny day in the Netherlands

The Joy of Tailor Made Suits

Seven Dutch autumn fashion trends to wear in the Netherlands