Soft Brexit vs. Hard Brexit A Guide For Foreigners

The Non-EU citizens guide to soft vs hard Brexit

As a British citizen resident in the Netherlands, I’ve been following the Brexit negotiations closely. Theresa May, the British Prime Minister, called a completely unnecessary general election believing that the British public would support her so called ‘hard Brexit’ approach. In fact, my fellow countryman followed the old maxim that Turkeys, if given the choice, wouldn’t vote for Christmas. (At least not twice). This led to the Conservative Party losing their overall majority.

Considerably weakened, the conservatives have entered the Brexit negotiations with as much credibility as a black man running for the leadership of the Klu Klux Klan. The conservative party appears to be split down the middle as many of its members are now demanding that the Government aims for a soft Brexit and a transition period to allow businesses to adjust.

“I thought this was the Wu Tang Clan”

For non-EU citizens watching from afar, this must be a little confusing. After all, what are the pros and cons of a soft Brexit vs a hard one? Which brings me to the subject of today’s post.

For my non-EU readers, or for those of you that regard the Brexit discussion as being a little like sitting close to a group of Dutch women at a cafe, extremely loud background noise, this little guide is for you.

An angry man walks into an exclusive fitness studio holding a gun to his head and demands to see the manager.

“I’m here to let you know that following consultation with members of my rugby club that we’ve decided to leave your fitness studio. We took a vote and it was very close, but fifty-two percent of my members would like to free themselves from the undemocratic tyrannical, overly bureaucratic nightmare that your organization has become. The fact that there are lots of Eastern Europeans that are also members of this facility has nothing to do with our decision what so ever. Like the Dutch, my team members are incredibly tolerant.” 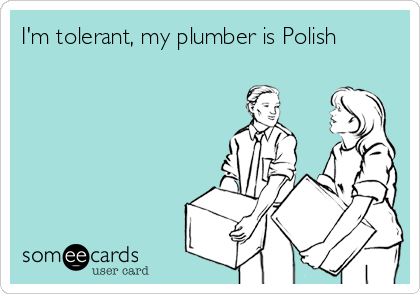 “Well, obviously we’re sorry that you feel that way. Your team has been members of our club for a long time, and we’ll be sorry to see you go, however, we respect your decision. So now there’s only a small matter of your outstanding membership fees as outlined in your contract.”

“Outstanding fees? Now listen here you. My team is the most important member of this club. You need us much more than we need you. After all, who spends the most money on prosecco, wine, and beer here?  Without us, you’ll struggle. Which is why it’s not fair that you’re attempting to punish our democratic decision to leave by demanding money. Well on behalf of my team I say, you can whistle for it.”

“We are not trying to punish you, we’re simply asking that you settle your outstanding financial commitments prior to the contractually agreed termination date of your contract.”

“But, what we’re looking to do is not terminate our relationship. We’d still like to make full use of the sauna, the swimming pool, the bar and the playing fields, all of which are enormously beneficial to the members of my team. We just don’t believe that it’s fair or realistic to expect us to pay for continued access, especially when you need us more than we need you. We’d also like to restrict the movement of other members of this club. Which is quite reasonable.  We want the flexibility to be able to join other, bigger and better clubs, but still keep using yours, preferably free of charge.”

“So if I understand you correctly, what you’re saying is that you’d like all the benefits of membership, while not being actual members. But why are you holding a gun to your own head?”

Well if you continue to allow us access to most of the facilities we have today then I’ll only shoot myself in the foot. It will be the least painful way of leaving your club.

If you refuse to meet my completely fair and reasonable demands, then my team and I will quit this fitness studio completely. We say that no deal is better than a bad deal. I’ll blow my own head off.  It will hurt you much more than it hurts me.

Is a choice between the UK shooting itself in the foot or the head.

No people that voted for Brexit were hurt during the writing of this post.

Until next time will the last business to leave the UK please turn out the lights?

UK NATIONALS IN THE NETHERLANDS: HOW TO PREPARE FOR BREXIT