The Mayor of Amsterdam’s Letter to all British Amsterdammers

Letter from the Mayor of Amsterdam to all British Amsterdammers

Below is a letter from Eberhard van der Laan the Mayor of Amsterdam to all British Amsterdammers. It’s nice to know that at least the Mayor actually cares about the eventual residential status of British people living in Amsterdam.  He’s been actively lobbying at a national and European level for the post Brexit rights of British residents of Amsterdam.

As a British citizen, I’ve been watching the farcical Brexit negotiations with growing unease.  It appears that the UK isn’t taking the process seriously.  The UK’s offer for the post-Brexit status of EU residents in the UK is appalling. They’re using EU citizens living in the UK as pawns in a jingoistic game. Let’s hope that any settlement protects the rights of EU citizens in the UK and Brits in the EU. 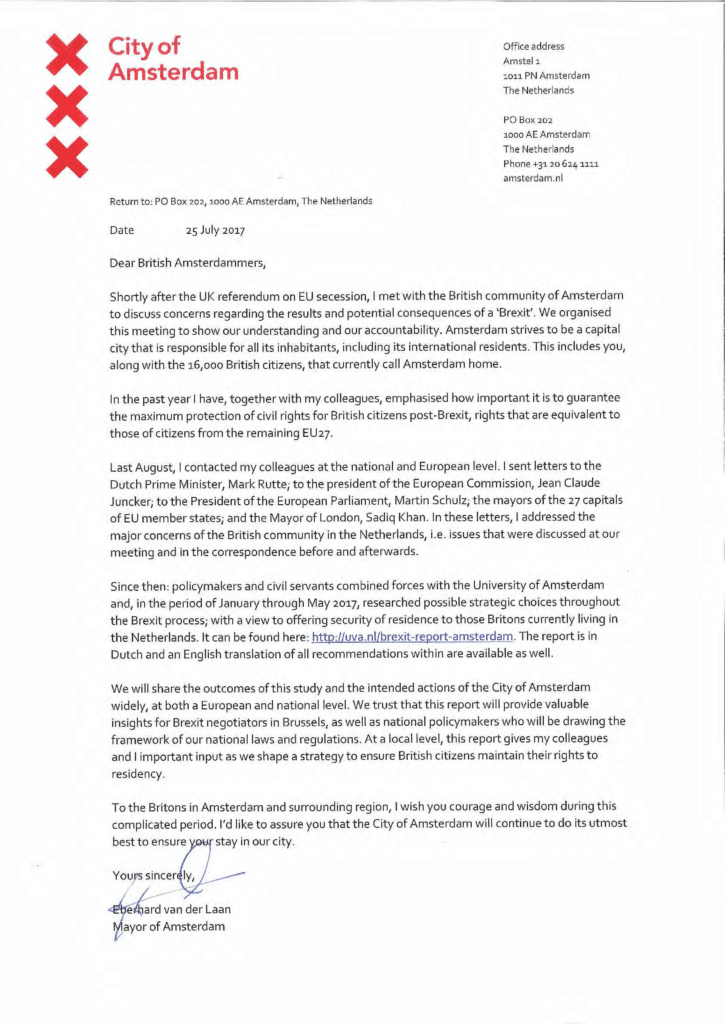 No Brexit voters were hurt during the writing of this post.

UK NATIONALS IN THE NETHERLANDS: HOW TO PREPARE FOR BREXIT