Cheese and Whine Five Things The Dutch Blame Expats For

Firstly, I’d like to make something very clear. It’s tough being Dutch. After all, the Netherlands is only the seventh largest economy in the EU. Poverty is practically non-existent and the country has extensive social benefits and a first-class affordable medical system. (No I’m not being sarcastic). In spite of all this, there’s one thing that the Dutch absolutely love to complain about, kut expats! Expats are the serpent in the garden of Eden. They’re the Roet Piets at a Sinterklaas Intocht, they’re the shop assistant at Zara who only speaks English. There are so many complaints about expats that I could fill a book with them, but as time is money I’ll focus only on the five most common complaints about expats.

The Dutch love complaining about expats. Here are the five most common whines!

1. The Dutch love to blame expats for high rental prices

In the good old days before the Maastricht treaty and freedom of movement, expats were like black people in the part of the Netherlands known as Het Gooi, mainly seen on television or the movies but rarely in person. Then suddenly they started arriving all over the country but of course especially in Amsterdam and the Hague. What made things worse was that not only did they come to the Netherlands to work, but they also, quite unreasonably expected to live somewhere. So the expats began renting property. As soon as shrewd Dutch landlords realised the following facts, some preferred to rent only to expats:

The reality became and still is that expats often pay more rent than Dutch people. Not because they love flushing money down the toilet, simply because they often have no choice in the matter. Yet this still doesn’t stop locals whining about expats being responsible for high rental prices.

The correct response to this is to simply ask, “who owns the majority of property in the Netherlands, Dutch people or expats? I think that it’s the Dutch, so therefore instead of blaming expats why not complain about the Dutch landlords such as Prince Bernard who owns and rents out over a hundred properties in Amsterdam?

2. The Dutch blame expats for property prices being so high

The next time you bump into a Dutch person in Amsterdam, (yes some still live there), ask them if they own a property. If they do give them a big hug. Better still, tell them that they can use your Deliveroo or Marleen Kookt account to order some free food.  You see, property owners in Amsterdam are so hard done by. I mean, they’ve had to spend lots more money bidding on properties due to all the pesky expats in the city that are driving up the prices by bidding for properties as well. It’s so unfair!

What the hell do the expats think that the Dutch have in the Netherlands, a free-market economy?  It should be eigen volk eerst! (Nederlanders first). Perhaps communism wasn’t such a bad idea after all. Well ok, at least if you ignore the part about not allowing private citizens to own property. Since writing this article the Amsterdam Socialist Party have been joining in the whining about expats and are calling to ‘stop expats displacing Amsterdammers’.

In Amsterdam, I saw that there was a property on sale that’s 60m2 and the asking price was a cool 750,000 euros. Or better said 12,500 euros per square meter. If anyone tries to blame expats for this, unless they can prove that an expat actually owned the property in question and that their real estate agent was also an expat, then you should simply be direct as the Dutch and say “hou je mond dicht, mafkees!”

The thirty per cent ruling is stealing food from the mouths of infants. Trains run late due to lack of public funding. Rubbish isn’t collected often enough, especially when a local is too lazy to put rubbish in a bin and stacks it beside a waste container. If the thirty per cent ruling didn’t exist then there’d be lots of binmen available to carry out the complex task of putting rubbish bags into waste containers, or even picking up paper boxes and tearing them into pieces small enough to fit into a paper container.  In a population of 17 million people, the taxable income of fewer than 80,000 expats who have the 30% ruling makes a huge difference to public expenditure. It’s not fair!!! 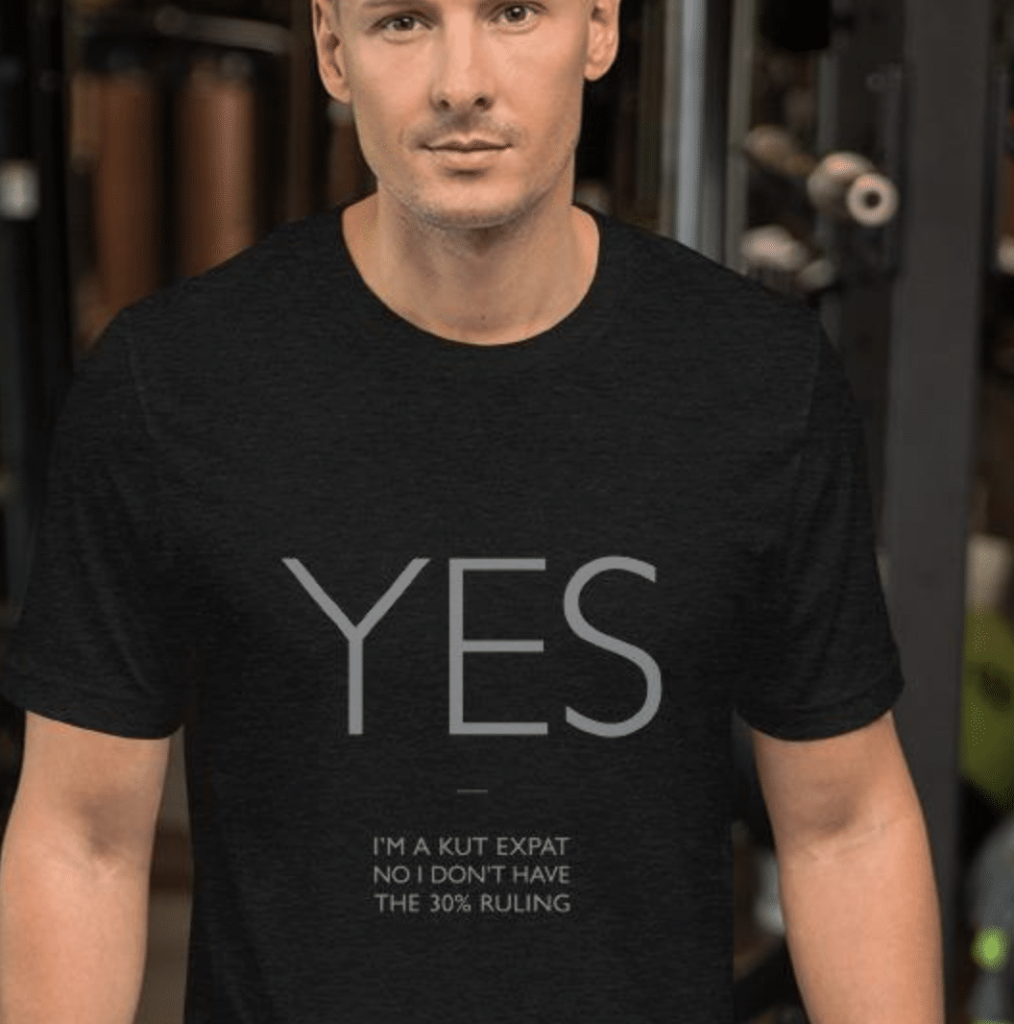 available to order at https://amsterdamshallowman.shop

In the good old days, the Dutch could put on afro style wigs, bright red lips, chocolate brown or black face paint, gold earrings and Dutch Antillean or Surinaams accents and pretend that ZP wasn’t black. He was black from the chimney. Apparently, this excuse worked for years until some bloody expats began asking uncomfortable questions such as “why does he look like a blackface minstrel?” Or, “I thought you Dutch people are supposed to be tolerant? How can you justify this?” Well actually, some expats did ask some questions, but the changes to Zwarte Piet, from a wannabe negro to a roet Piet or a caucasian that’s been down a chimney has very little to do with expats. After all, who gives a stroopwafel about what we think? The changes to ZP have come from within Dutch society and has very little to do with expats, yet somehow, it’s another subject which some Dutch people love to blame expats for.

Expats have taken away my dignity. It’s soot!!!!

Roet Piets are terrible, he looks like he’s been down a chimney

5. Waarom alles in het engels nu?/Why is everything in English nowadays?

To my expat readers, I’d like you to have some empathy for Henk and Ingrid. They live in a little village near Zwolle and are as Dutch as bad service at an eetcafe. They’re as Dutch as sending a Tikkie to ask for 0.25 cents for mayo on fries. Dus, they’re Dutch natives. In their village, everything is as it should be. During the Sinterklaas season, the Zwarte Piets are blacker than the lungs of a smoker. Food is deep-fried and there’s none of that standing in line nonsense, it’s every man and woman for themselves. So imagine the shock when after 20 years of marriage they finally decide to have a day out in Amsterdam. Henk wants to substitute the lack of spiciness in the bedroom and his meals, with some hot leopard print lingerie from Zara. Imagine their surprise when they try and buy something and the staff there only speak English! In Nederland! Godverdomme! Of course, the expats are to blame. They earn far too much money, don’t pay their taxes and expect people to speak English, in shops, on Dutch soil!!!!! Ik begrijp de wereld niet meer!

The greatest Tikkie request of all time. 0,25 cents for Mayonaisse

Of course, there’s no point explaining that as Amsterdam receives more tourists annually than the number of mice hiding out in peoples apartments that obviously it makes sense to employ staff who speak one of the most common languages used by the majority of tourists. Nope, yet again, expats are to blame.

If you have an opinion about this subject, join the discussion in the Amsterdam Shallow Man Group on Facebook.

If you’re an expat and reading this has made you want to ‘displace an Amsterdammer’ or drive up property prices throughout the Netherlands, then attend the next expat housing seminar in the Hague on October 15th.