Differences between Dutch and American Men

American and Dutch Men, some Differences

The Shallow Man recently watched an episode of Masterchef USA. When some of the contestants were told that they were going further in the show, they shouted. “YESSSSS, WOOHOOOO, USA, USA.” Contrast this with the contestants of the Dutch version of this programme, who usually respond with a muted, “nou, wat leuk, ik ben door.” Which brings me to the subject of today’s post, the differences between Dutch and American men.

Be warned that I’ll generalize somewhat, so please don’t send me messages saying “BS, my Dutch Lion isn’t anything like you describe in your posts, YOU’RE RACIST!!!”

Now this post might annoy some, and if as a result, I’m captured by a bunch of angry American football players, and am forced to drink watery Budweiser, while sitting through the entire wrist slashing tedium of the Super Bowl. I’ll say to my enemies, “guys, American footballers wear so much padding that I’m surprised that Tampax doesn’t sponsor the NFL.”

The Dating Differences between Dutch and American Men

There’s more chance of a Muslim becoming a member of Donald Trump’s cabinet, than a Dutchman paying the bill on the first date.

Americans ALWAYS pay the bill when dating.  Not because as some paranoid Dutch women believe “he’s after something,” it’s simply because that’s just the way it is. Echt!

American men on a first date:

Dutch men on a first date: 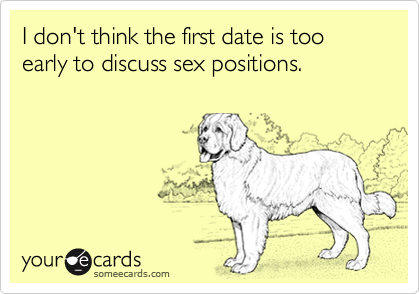 Getting jiggy with it

So what happens after you’ve been making whoopee with a Dutch or American man? What are the differences?

Dutch men will usually call the next day, and might even see this as the start of a relationship.

To the expat ladies out there, be warned that if you haven’t opened the gates to the mansion by the second date, your Dutchman is likely to lose interest and dip his rookworst elsewhere.

How to keep a Dutchman

American men after opening the gates to the mansion

You’ll start believing in magic after seeing your American man vanish into thin air. It was easier to find Bin Laden than to locate an American man after his first (and only) visit to paradise mansion.

To prevent this, follow the advice of one of my readers:

If you really like an American man then don’t sleep with him straight away. Make him wait, trust me. They like to work for it.”

Marriage and the differences between Dutch and American men

One of the big cultural differences between Dutch and American men is how they approach marriage.

Dutch men will propose marriage usually only after their partner has had at least one child, preferably two. Dutch men aren’t too big on romantic gestures. If you’re lucky, he’ll at least have finished chewing his bitterballen before he says “zal je met me trouwen?”

The most romantic Dutch men in the Netherlands live in Ijsselstein. Just take a look at how they propose marriage.

The typical American man will make a proposal that has more corn than Iowa. In the USA size is everything! The bigger the better. Lots of American men have to inflict their warped sense of romance on the unsuspecting and innocent public. They’ll go down on one knee in a packed restaurant, or as I saw once at at a football stadium in the USA,  an announcement was made. “Barb, Chuck has a message for you.” Then on the screen in huge letters “WILL YOU MARRY ME?” The camera zoomed in on Barb, who was crying, as she knew there was no escape. She was going to have to marry that idiot!

American marriage proposals are all about the show.  Make it as loud and tacky as you possibly can, and always in front of an unwilling audience.

The Mother in law!

American and Dutch men have different approaches to the in-laws.

Dutch men and their mothers

The Shallow Man once said that if you’re in a relationship with a Dutch man, that there are three of you. You, him and his money. Well actually, there’s four of you, as I forgot to mention, his mother.

Dutch women well and truly wear the pants at home. When a Dutch woman says jump, the Dutch lion says “hoe hoog?” Well Dutch men love their mothers, who bully and boss them about their entire lives, even when they leave home, have kids and then get married.

Ladies, you’ll never match up to his mother, so don’t even try. No woman could possibly handle a deep fat fryer with the loving care of his mother. Yes the bitterballen that you’ve deep fried are ok, but his mother does them so much better. My advice is just agree with everything his mother says. So for example, if you’re an expat, and you’re meeting his mother for the first time, and she starts lecturing you about how crap your country is, don’t argue with her. Tell her how grateful you are to be living in the denim covered workers paradise, known as Holland. She’ll still despise you, but if you refuse to argue with her, then that will make life so much easier.  Kiss that denim covered butt.

American men and their mothers

The Americans love their moms, guns and apple pie, not necessarily in that order. Yes there are American men that have dominant mothers, but nothing compares to the mother love of the Dutchman.

Cooking for a Dutchman and an American

Ok, I know that with this title, that all the Dutch women reading this are thinking “COOKING FOR A MAN??? NEE HOOR!!!” So my apologies to the lovely Dutch Antelopes, for breaking a cultural taboo and providing advice on how to cook for Dutch and American men. “Shallow man je bent wel seksist! Nee hoor, dat ben ik niet.”

Cooking for a Dutchman

The things I do for my readers! This is so easy. Ladies, when cooking for a Dutch man, just purchase a deep fat fryer, fill it with the fattiest oil you can find, then just chuck anything and everything in. Lobster, sushi, smoked salmon. Just fry the fuck out of it. He’ll love it!

Cooking for an American man

If you ever have to cook for an American, remember, quantity, not quality. You’ll need help from some friends and preferably an SUV, as you’ll have to load at least half a cow in your car to use for dinner. American men like to make sure that there is no space on the plate at all. Pile that plate high with so much food that it cracks under the strain. Keep topping it up, and make sure that you serve some tasteless American beer with the meal as well. He’ll still be able to drive home afterwards, as the beer is so weak. Win-win. 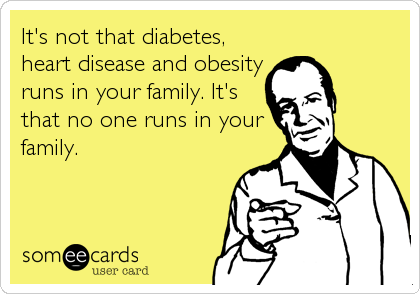 One of the key differences between Dutch and American men is their approach and use of everyday manners.

A lot of Dutch men believe that they exist in a self-contained bubble, and that the universe revolves firmly around them. There’s no concept of politeness or chivalry in Dutch society, and speaking with the bluntness of a five year old is positively encouraged, this can lead to some of the following: 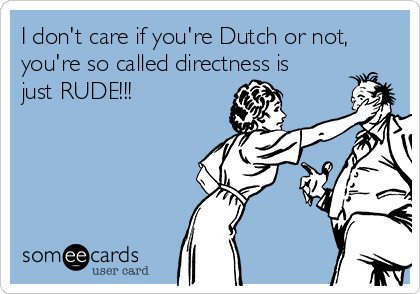 American men in general are so polite that you almost want to slap them. Dutch tourists in the USA are able to expand their English vocabulary by learning phrases that they wouldn’t normally use. “Excuse me, thank you, yes please, have a nice day.”

I know that a lot of cynical Dutch people find American politeness to be false or fake, but there’s a lot to be said for everyday niceties.

With the advice above, I hope I’ve helped you in understanding some of the key differences between the mother loving Dutch men, and their talented magical American counterparts.

No mothers were hurt during the writing of this post

Till next time. Hou je bek!

Tikkie and Dating the Dutch